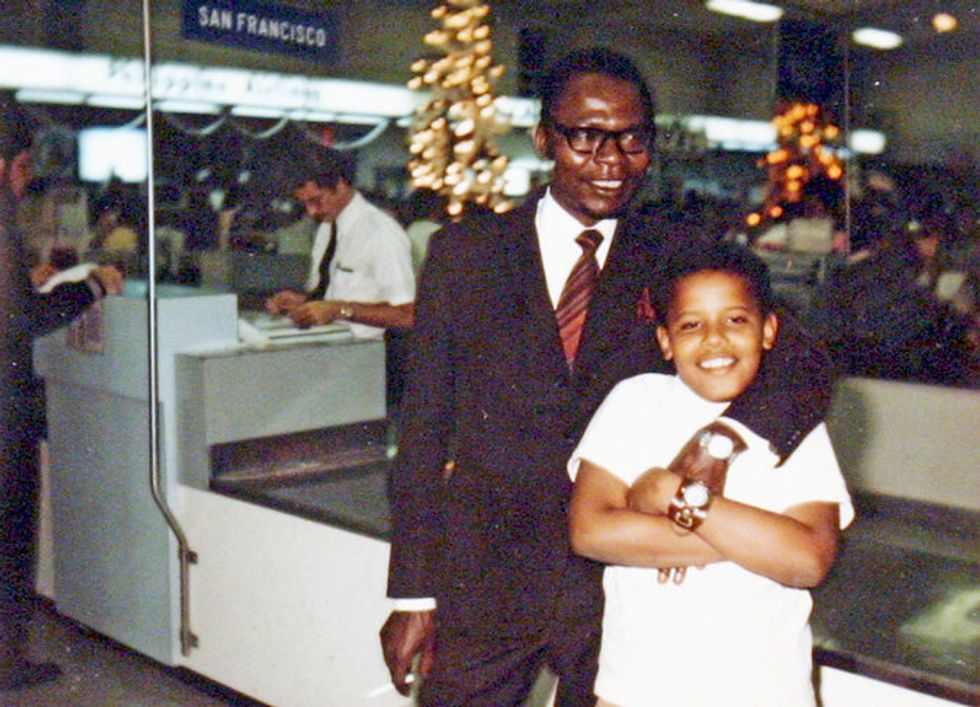 Nearly two dozen letters unearthed three years ago are still waiting to be read by the 44th U.S. president.

Considering Sunday marked Father’s Day, it would have been the perfect occasion for U.S. President Barack Obama to have read through the nearly two dozen letters his Kenyan father, the man to whom he owes his birth name, Barack Hussein Obama Sr., penned from 1958 to 1964.

But as the New York Times reports, Obama has already waited three years to read them. That’s when the Schomburg Center for Research in Black Culture in Harlem, where the letters are currently stored, first invited the 44th American president to peruse through the stacks of missives that “tell a fascinating, traditional, self-made man’s story,” according to Director of the Schomburg Khalil Gibran Muhammad.

Barack Obama with his father, Barack Obama Sr., in an undated family photo from the 1960s released by Obama’s presidential campaign.
OBAMA FOR AMERICA

Obama Sr.’s correspondence, which includes his transcripts from University of Hawaii and Harvard University as well as references, paints a picture of the elusive father-figure that Obama recounts in his first book Dreams from My Father, which helped launch his political career.

“It has been my long cherished ambition to further my studies in America,” writes the 22-year-old from Kenya, who was fluent in Swahili and a proficient typist at 75 wpm, in 1958, as the NYTimes reports.

The uncovered handwritten letters would help the elder Obama receive the scholarship assistance he needed to propel him from Kenya to the United States where he pursued his studies at University of Hawaii, met and married the first U.S. black president’s mother, Ann Dunham, after she became pregnant.

Perhaps the reason why President Obama hasn’t read through the letters is because he hadn’t been “made aware of the collection until recently,” though administration officials have declined to explain why they haven’t responded to the initial discovery or any follow-ups.

Obama will have much to look forward to in his post-presidency, considering a senior White House official says he would be interested in reading through his father's communication at that time. And it sounds like he won’t be disappointed as Muhammad discloses, “there’s a reason to bear witness to the personal legacy that is there.”