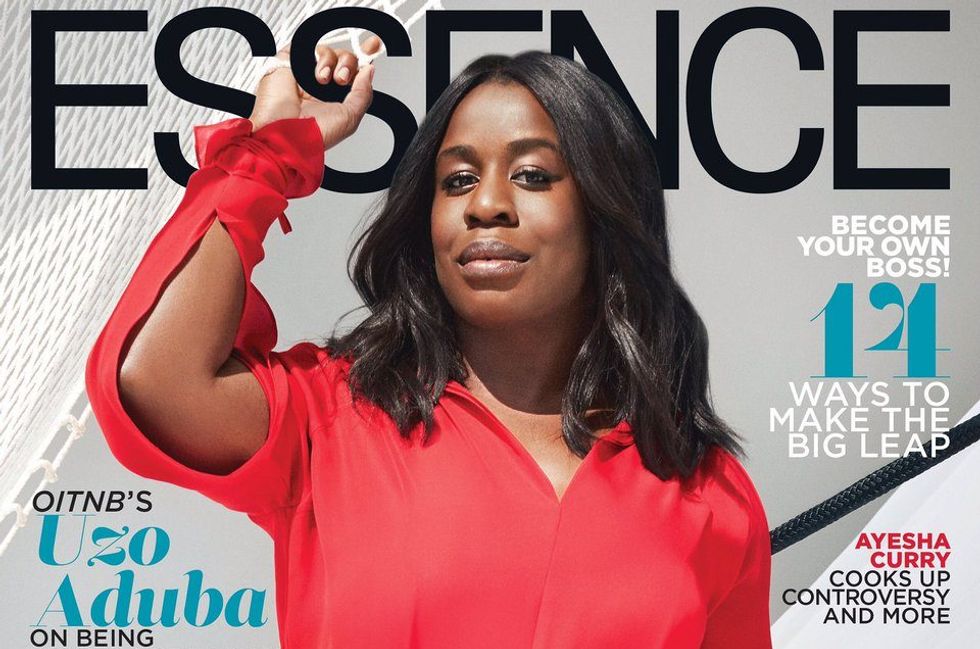 We have so many reasons to love "Orange is the New Black" star Uzo Aduba. Having Adubo on the cover of  Essence Magazine's September issue adds another.

Beyond looking absolutely radiant in red—it's definitely her color—the two-time Emmy award-winning Nigerian American actress shares how she struggled to blend her Nigerian roots with her Boston upbringing (she once asked her mother if she could change her name to Zoe). Aduba admits that it wasn't until she discovered acting that she learned to full embrace herself, quirks and all.

You never forget your 1st September Issue. Honored to share this cover of @essencemag#EssenceMag#BlackandBeautifulpic.twitter.com/GddJmwcPpg

We also learn that the 35-year-old actress is a self-proclaimed fitness buff and adrenaline junkie.  What makes her the perfect BFF in our heads is that she promotes self-love and positivity.

“This business will try to convince you that you’re not enough,” Abduba tells Essence. “That you’re not pretty enough, thin enough, talented enough, interesting enough, experienced enough, and I say, ‘Enough. Enough with that!’”

We'll definitely be keeping an eye on Aduba as she posted this Instagram video several hours ago, but our inkling is the big surprise she had in store was her September Essence cover story.