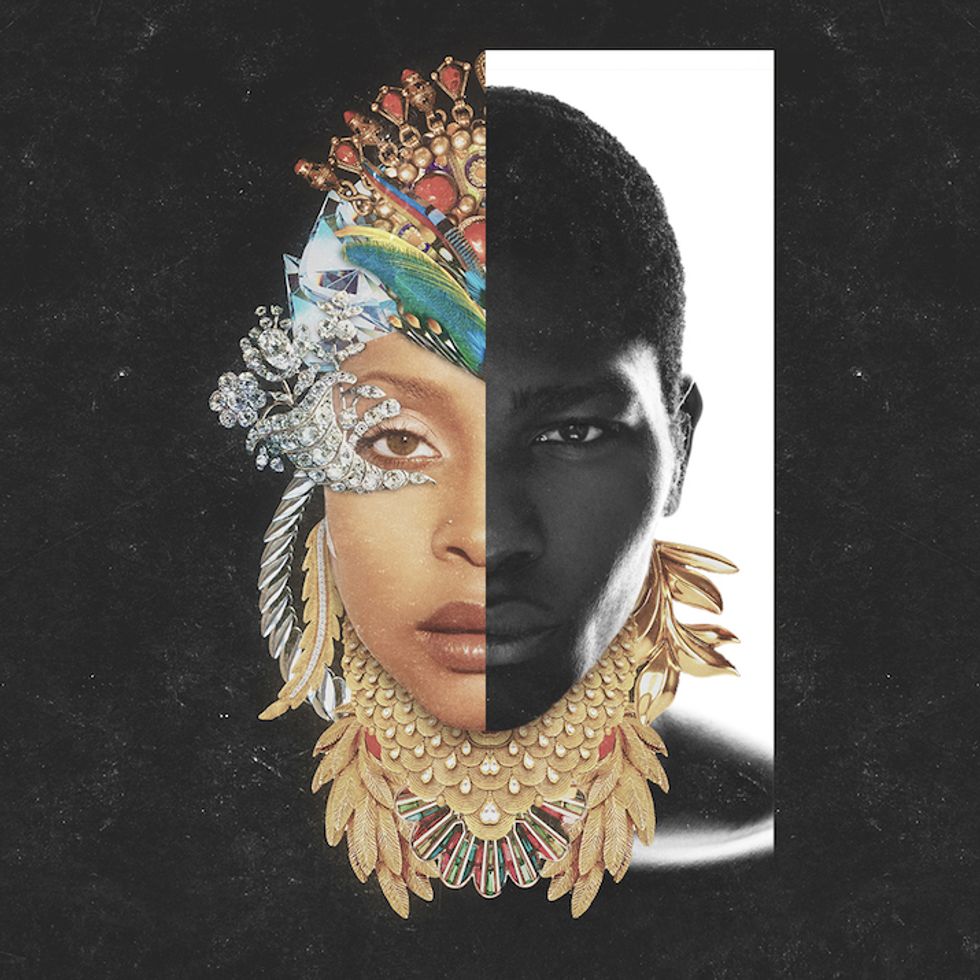 London-based singer/producer Vicktor Taiwò covers Erykah Badu with a brilliant version of “On & On.”

Standing tall in front of a packed room of Ibeyi fanatics, Vicktor Taiwò sings stripped-down, crisp melodies over subtle beats, impressing the crowd at New York City’s Webster Hall with songs from his debut EP. That was a month-and-a-half ago on the tail end of a North American tour, opening for the French-Cuban twins Naomi and Lisa-Kainde Díaz.

The Nigerian-born Londoner, 24, is having a breakout year. Juno, his debut EP, arrived in June with five outstanding tracks that showcase the artist’s slow-slinking production and soulful harmonies. This is just the beginning for Taiwò. Today, he shares with us a never-before-heard cover of one of our favorite artists and Okayplayer family member, Erykah Badu.

Listen to the premiere of his “On & On” cover below, which Taiwò says he recorded around two years ago in East London with a production duo known as The Masks. The track is available for free download here.

Read on for our full conversation with Taiwò.

Where you were born and where did you grow up?

I was born in a small town above the previous capital of Nigeria. Coincidentally, it lost its status as the capital the same year I was born; just a few months before. I don’t know if that means anything.

I grew up there for a while before I moved to the east side of London. Walthamstow to be exact. There isn’t much there, don’t bother looking it up.

What was it like growing up a Nigerian kid in the UK?

That’s an entire interview on its own. I’m not ready to have that conversation yet, but I spent the vast majority of my childhood within my own head, inside my own space. Apart from that, I adapted very quickly, that’s the type of human I am. But I did find the atmosphere to be so different. People seem to emote less in England. They seem to generate less intensity between one another. It’s not necessarily a bad thing but I think I soaked some of that in. Maybe a little too much.

Do you consider Nigeria part of your identity?

If you knew how cool Nigeria was, you wouldn’t even ask that question. But I’m Nigerian, so yes. I hold a lot of pride in being Nigerian. Don’t confuse me for a patriot though. I’ll leave that to the Americans.

When did you write and record Juno? Were you at a particular stage in life then? What stage are you at now?

JUNO revealed itself while I was studying at University, gleefully throwing £3K per year into a wastepaper basket from fifteen feet screaming ‘Kobe.’ I enjoyed every moment of it, but a framed piece of paper on the wall is likely not worth £9K.

Nowadays, I focus my energy trying to create a few seconds of music at a time, in the healthiest way possible, without losing too much of myself in the process. I’m still new at this thing, so creating boundaries right now, in the formative stages of my career is important. The sorts of boundaries that ensure that I’ll still be sane, healthy, and happy in twenty years time, regardless of how many people listen to or don’t listen to whatever I create.

What have you been up to lately?

I’ve been in Los Angeles, and it’s hot... in November. I’ve lived in England for a long time. It’s feels wrong to wear shorts in November. Think I need to go back to Nigeria for a bit, brb.

What was it like touring with Ibeyi? Did you discuss Yoruba culture?

My bandmate and I drove from Los Angeles to New York. America is stunning, I hope you’re not too offended when I say this but I feel like Americans don’t deserve America. Most Americans never leave their state, I think this is unfortunate.

The thing I enjoyed most about Ibeyi, apart from their music is the type of people that come to their shows. It feels great to have so many people of colour congregate in one place, night after night. I didn’t expect it to feel as great as it did. I enjoyed the type of audience they attract, and I think their fans appreciated the type of artist I am. The whole experience was incredible. Ibeyi are lovely people also.

As a fluent Yoruba speaker it was interesting to converse with them about how they integrate their interpretation of language and culture into their music.

Who are some of your musical influences?

It seems strange to me now, more than it did before, that artists are asked to share their musical influences so easily. It’s become standard practice and I’ve come to realise how much I don’t enjoy it. It’s such a sacred thing; the music that helps define a person. I’ve been too open about it before.

Speaking of which, what made you want to cover Badu? When did you get into her music?

It’s Erykah Badu, I don’t know when I wasn’t listening to her. I was in the studio a lot that summer and one of the guys played me some music and I could hear Erykah’s On & On paired with it. It worked out perfectly.

How did you make the artwork for your "On & On" cover?

It was a collaboration between myself and Prexa. She’s a visual artist from London too.

We kinda just fuck around until we make cool shit.