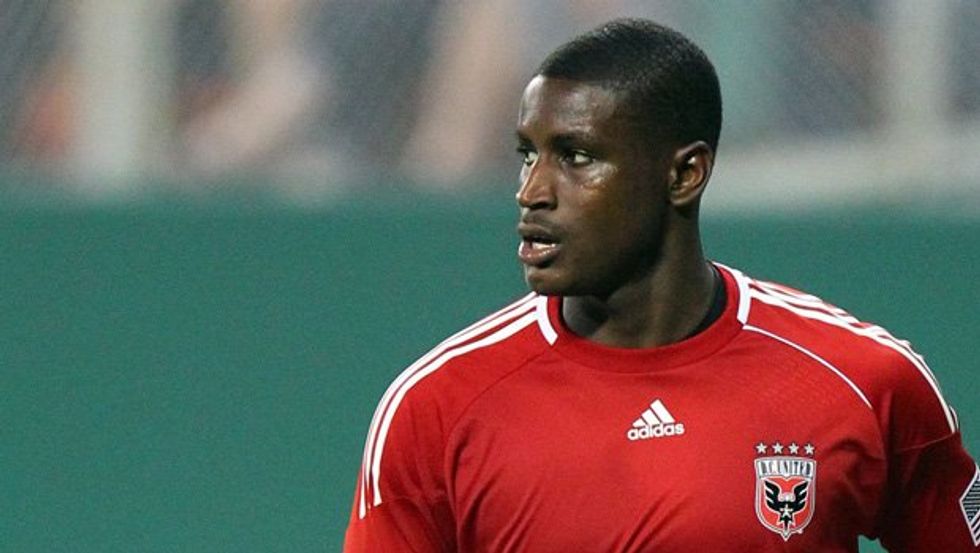 Bill Hamid has been picked by coach Jurgen Klinsman as backup goalie for the U.S. Men's National Soccer Team’s upcoming international matches. The son of Sierra Leonean immigrants, Hamid became the youngest keeper in MLS history with his D.C. United debut at the age of 19. He was named in the 22-man roster that recently tied Mexico 1-1, and is looking to earn his first U.S. cap in upcoming games against Costa Rica (this Friday!) and Belgium (Sept. 6).

Hamid’s selection is the latest in an ongoing trend of African players featuring in the American national team, following the likes of Ghanaian-born Freddy Adu and Nigerian rooted Maurice Edu and Oguchi Onyewu (side note: wonder what those two would have to say about F.O.K.N. Bois’ latest joint). Check out an interview clip with the youngster goalie above, filmed at the D.C. United training grounds by Wheat City.