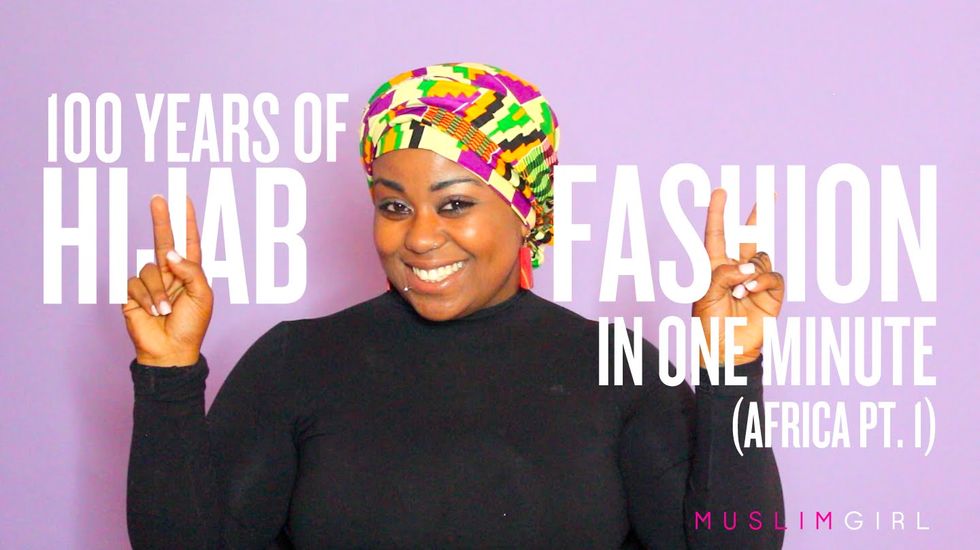 Travel through time with MuslimGirl's '100 Years of Hijab Fashion Part One' that touches down on the continent.

Hijab—which Muslim women have traditionally worn to denote a sense of modesty, though its aesthetic has evolved as a trendy fashion accessory in recent years—owes its roots to Africa. However according to MuslimGirl, headwraps weren’t necessarily considered hijab on the continent because of anti-blackness spread through Arab conquest.

The one-minute showcase is full of attitude (the model flips off the camera at one point) and traverses countries Senegal, Nigeria, Ethiopia, Kenya, Ghana, Guinea, Mali as well as hijab styles such as Nigerian gele, Kenyan Kanga fabric, and Ghanaian duku. It takes a detour to the United States, highlighting hijab that black Muslims wore as the 1960s saw the Nation of Islam rise to prominence, before continuing to countries Cameroon, Tanzania, the Western Sahara, Eritrea, Somalia, Sudan and Burkina Faso.

Travel through time and watch MuslimGirl’s video at the top, which captures the “most colorful Muslim population, not only in the color of their clothing, but in their skin.”