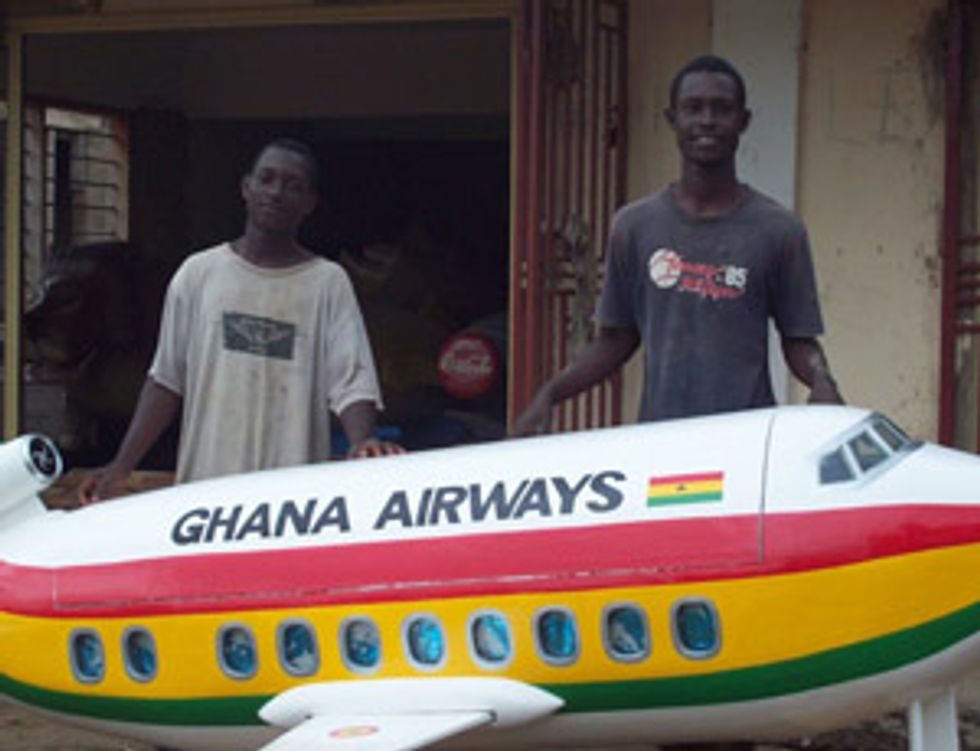 In Teshie, on the outskirts of Ghana’s capital, Accra, prevails the curiously morbid yet wonderfully upbeat art of fantasy coffins. Its godfather, known as Paa Joe (below), is one out of a handful of artists in the Ghanaian district making something that everyone will need but will largely overlook in the meantime.

Having run his business since the sixties, Paa Joe’s work has been exhibited for people to oooh and aaah at in a string of notable art galleries and museums around the world. He is also the nephew and former assistant of the late Seth Kane Kwei who is the professed pioneering father of fantasy coffins in the early 1950s in Ghana. The coffins are referred to, locally, as “Abebuu adekai” which means “boxes with proverbs” and are fast becoming an integral part of the funeral customs in the Greater Accra area. From pineapples to cows to Coke-bottles, each coffin is designed to reflect the life of its occupier with ambition, character, and trade being the most common sources of inspiration for the artist.

From feelings of uneasiness to amazement and sheer delight, his art has certainly received a mixed reception. Paa Joe insists that coffins are something special and should be treated with sensitivity and respect. When asked about his process of work, he maintained, “It can’t be rushed. I have to really think about the design.” One thing’s for sure, fantasy coffins are redefining what it means to go out in style.