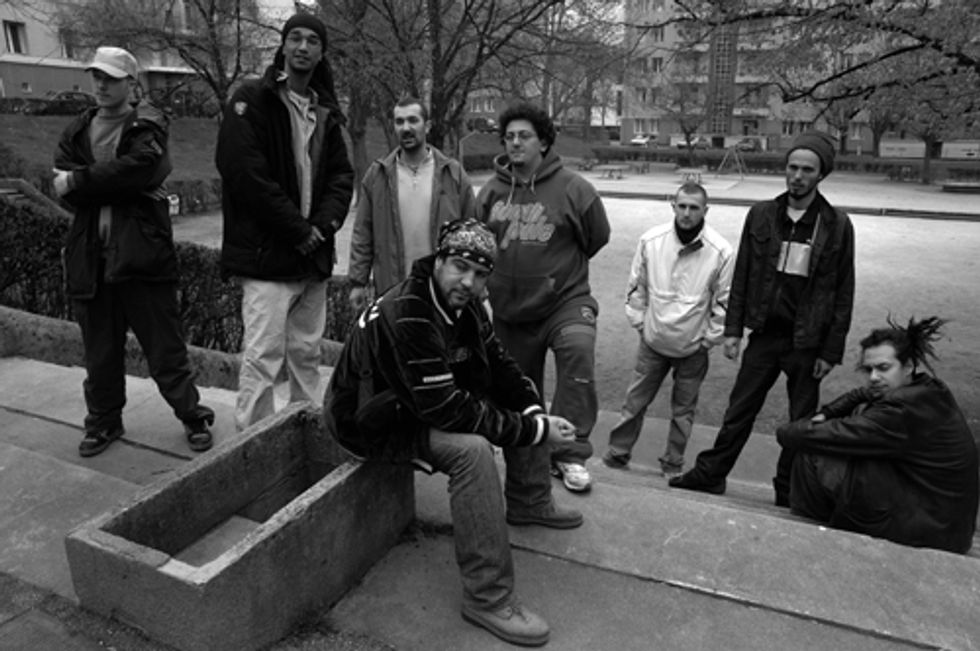 Okayafrica meet Dub Inc, Dub Inc meet Okayafrica. From Saint-Etienne, France, Dub Inc is a group of friends turned into your not so typical reggae band, with influences from North African music to hip hop. Formed in 1997, they have dropped several EPs throughout the years, and their latest LP, Afrikya came out in May 2008. They are more than just different genres of music, Dub Inc also performs in several languages: French, English, Arabic, and Kabyle. Gaining fans and friends along their long 13 year journey, this multi-lingual group is still going strong, and is currently on tour. Check out their latest live performance in Portugal above, and check for their upcoming tour dates after the jump!