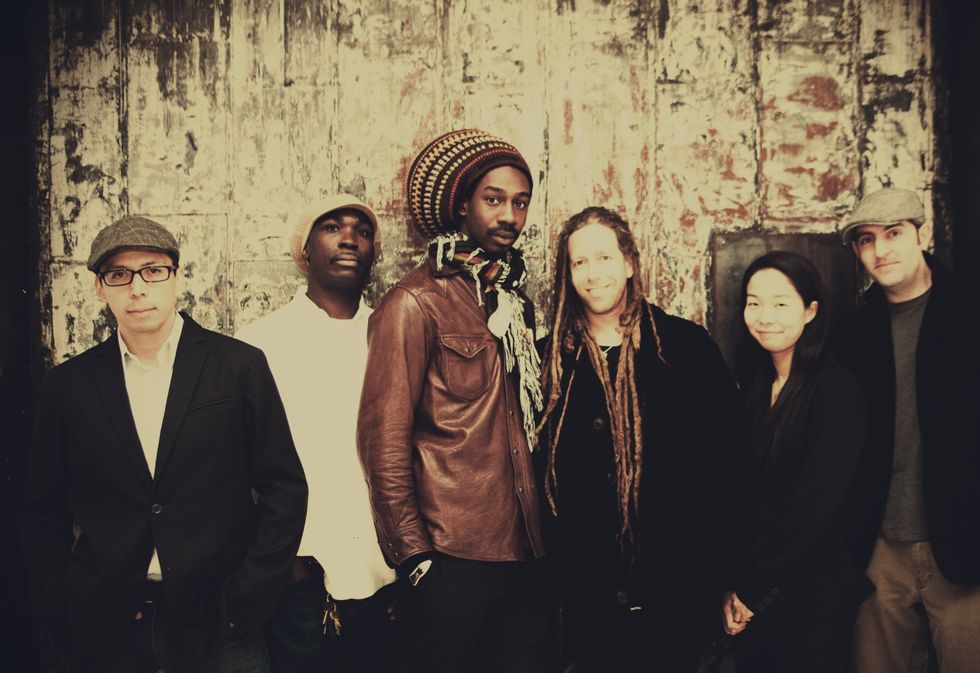 Meta & The Cornerstones are on the verge. Led by the never-tiring Meta Dia, who is Senegalese and sings in a mixture of French, English, Wolof and Fulani, the Cornerstones, whose members hail from parts of Africa, North America, Asia and the Middle East, carry a sound that is a literal unification of the world’s musical experience. With a classic feel-good reggae sound that also channels the smoothness of soul, the political fire of hip-hop, and the energy of Afropop, the band has carved a niche for itself, especially here in New York City where they just announced a monthly residency at the 92Y Tribeca.  The other day, National Geographic Music premiered the group’s first official video, featured above, shot in Meta’s hometown of Jaffa for the track “Somewhere in Africa.”  This colorful masterpiece gets at the heart of Meta's music - African inspired reggae goodness.