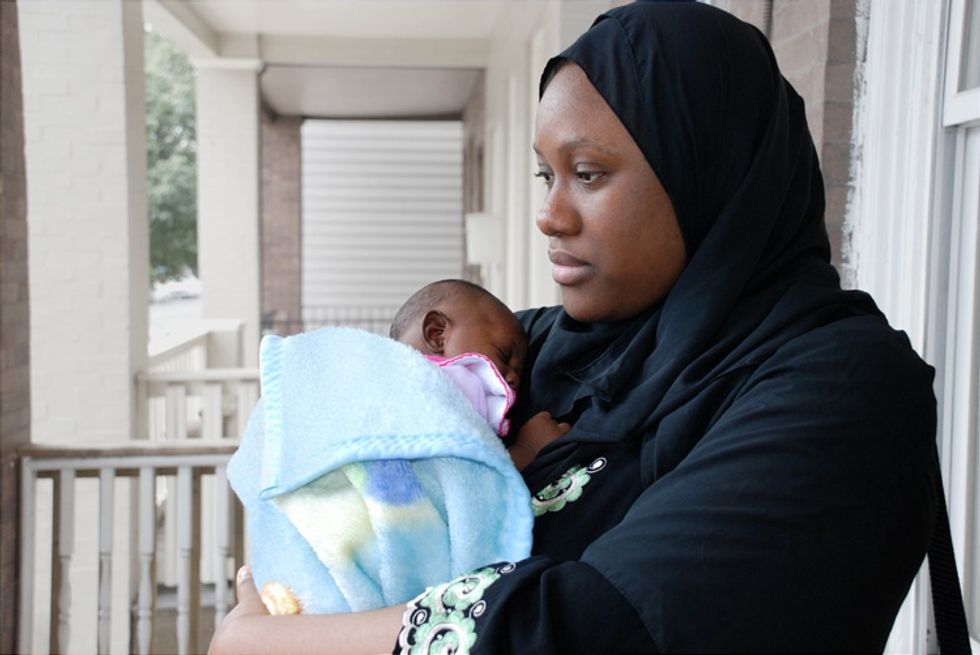 Mrs. Goundo's Daughter is the incredible story of a young mother's quest to keep her baby daughter healthy and whole.

Mrs. Goundo's Daughter is the incredible story of a young mother's quest to keep her baby daughter healthy and whole. It is also the story of the African tradition of female genital cutting, which dates back thousands of years - and how it affects people's lives in just two of the many places where the practice is being debated today. Mrs. Goundo's husband fled drought and ethnic conflict in his native Mali sixteen years ago, and Mrs. Goundo came to the United States in 1999. Together, they are raising three young children in Philadelphia, Pennsylvania and fighting to stay in the country to ensure that their daughter is not forced to endure genital cutting.  Check out the above trailer for the film by filmakers Janet Goldwater and Barbara Attie, and watch the full premiere this Wednesday for the conclusion of Mrs. Goundo's struggle. For a more detailed synopsis, and to find a premiere screening near you, visit the films official website. For television scheduling to watch the premiere on Wednesday, Feb. 9th, visit ITVS.org.
Popular