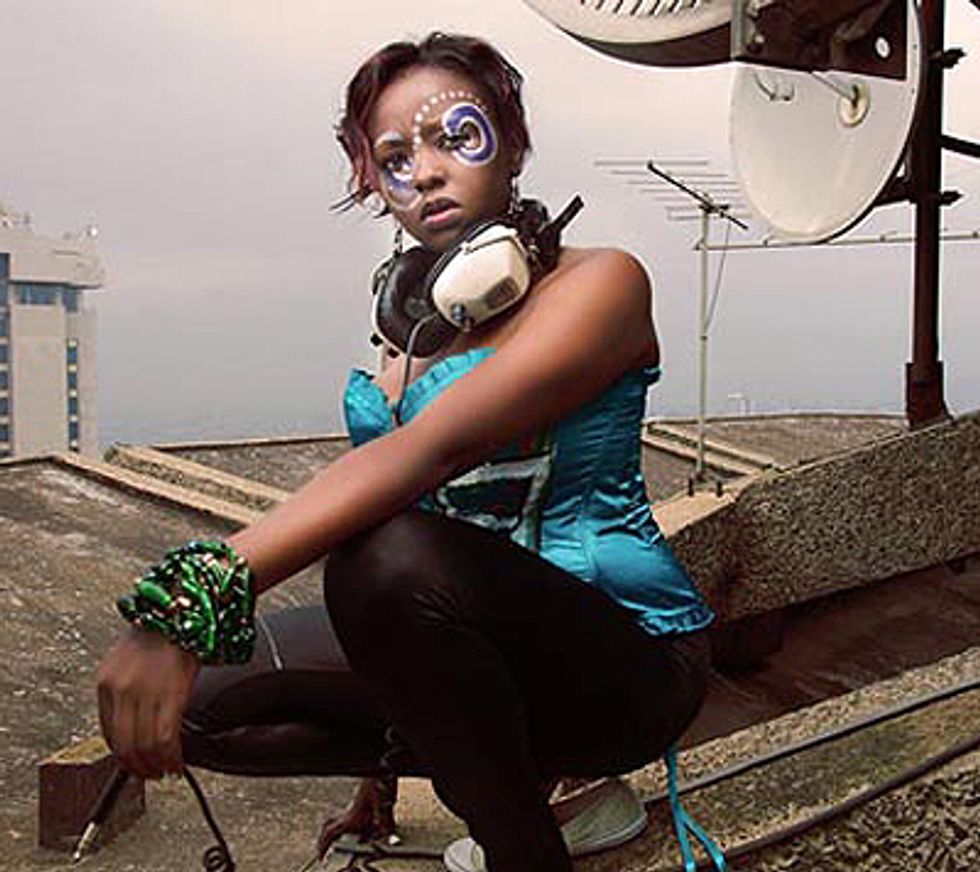 Muthoni the Drummer Queen - I just want you to know, that if I would never ignore your calls or texts. The same can’t be said for the unlucky soul who serves as the inspiration for The Drummer Queen’s ire in her new single “Welcome to the Disco.” The Nairobi native has the type of breakneck momentum in her music that makes it both persuasive and impenetrable. Thus far I’ve seen her music described with about 400 different chains of fused genres, and all of them fail to capture her style. I mean, I can say the words electro-Afro-rock-hop, but Muthoni’s music seems far too irreverent for labels. I’ll put it this way, she’s an above average singer, a damn good drummer, and the rapper Nicki Minaj should have been.

Enjoy “Welcome to the Disco” in all of its various forms, in particular the hilarious official video (above).  Then grab the mp3, or download the instrumental or acapella.