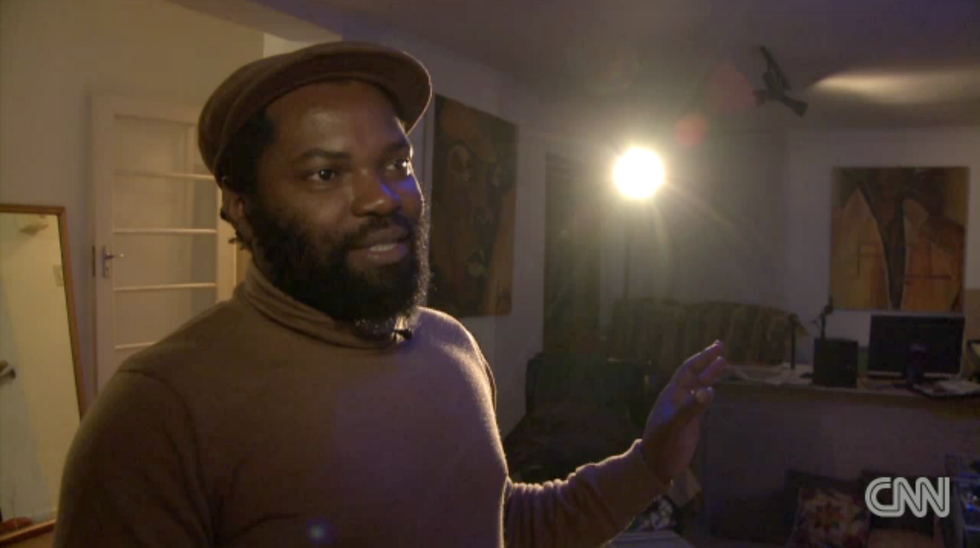 "Discourse on Africa is geared towards simplicity, everything must be simple, 'he's a poor black man, he's a victim,' like there has to be a simple story, in a way this is what signifies Africa and global consciousness," Cameroonian publisher, Ntone Edjabeexplains on CNN (above). "The moment you bring a degree of complexity to it, it kind of throws people off, they just don't know where to look anymore” he adds. Edjabe is the publisher of an avant-garde pan-African literary journal, Chimurenga, which Simon Kuper, writing in the Financial Times, dubbed to be better than The New Yorker. The influential journal - which canvasses submissions from writers across Africa and beyond - tries to add complexity and nuance to the study of life and art forms on the continent. The latest issue takes the form of a retrospective newspaper published during the ‘xenophobic attacks’ which took place in South Africa in 2008. Check out Chimurenga’s website.