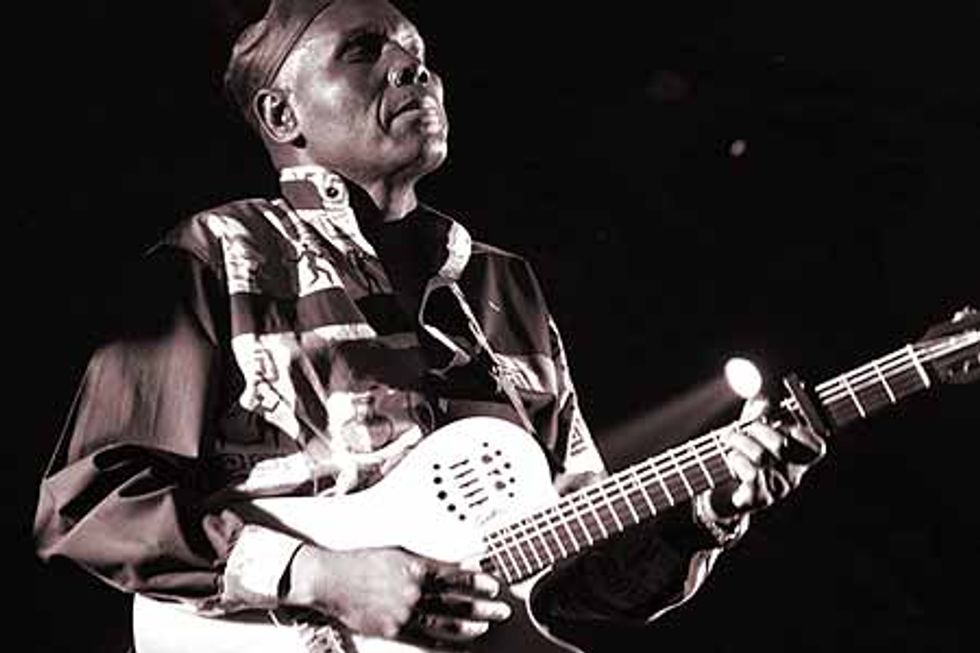 Outside of Thomas Mapfumo (67), you would be hard-pressed to find another musician who has done more than Oliver ‘Tuku’ Mtukudzi (57) to shape the cannon of Zimbabwean music. His career began in the 1970s — the “midpoint of the scream” of Zimbabwe’s struggle against colonialism — when he got a gig playing guitar for Wagon Wheels, a band that also featured Thomas Mapfumo before the two parted away.

Mtukudzi’s debut, Ndipeiwo Zano, appeared in 1978 and since then he has released 57 albums. ‘Neria’ (1991), a dirge-y mournful composition, written as the soundtrack to one Zimbabwe’s first ever feature films with the same title, remains one of his most famous songs. It’s a song of comfort dedicated to a woman in a time of heart-ache and anguish.