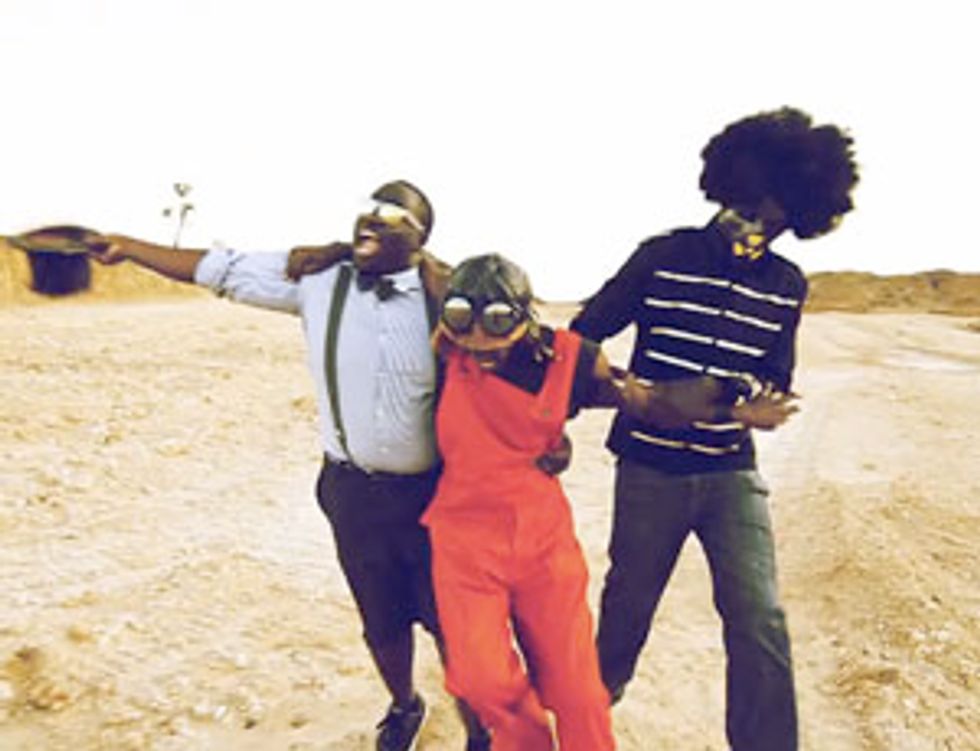 The concept behind Just A Band's new video came about from a challenge — two Norwegian filmmakers in Kenya dared the band to shoot a video "with a bunch of constraints, such as having to include a movie reference... starting with A Clockwork Orange." In response, the boys suited up in an array of improvised costumes and filmed this minstrel-like, '20s feel clip for "Huff + Puff" in the outskirts of Nairobi.

Watch Elsaphan Njora, Kevin (K2) Maina and all of JAB duke it out and throw down some serious moves in A Tale of Graceless Shuffling above. The video-challenge is a part of the upcoming documentary The Big C. Find "Huff + Puff" on Just A Band's excellent 82 LP.