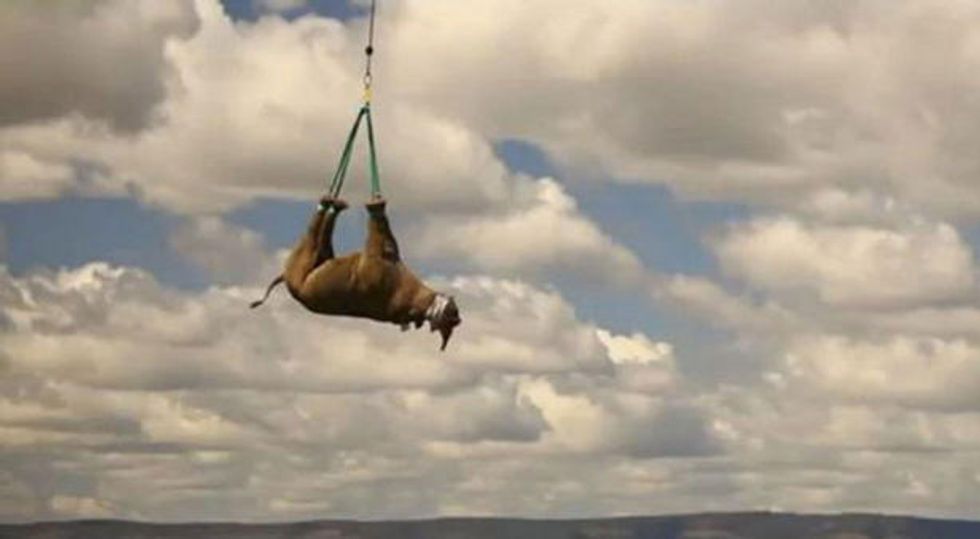 Nineteen black rhinos soared across the South African sky via helicopter from the Eastern Cape to their new home in the Limpopo Province. Rhino poaching is at a record high in South Africa, but this major task undertaken by the WWF Black Rhino Range Expansion Project will hopefully build back up the rhino population. Watch the endangered species take flight in the video above.

(We've been on an animal kick lately. Watch elephants play in the rain here.)