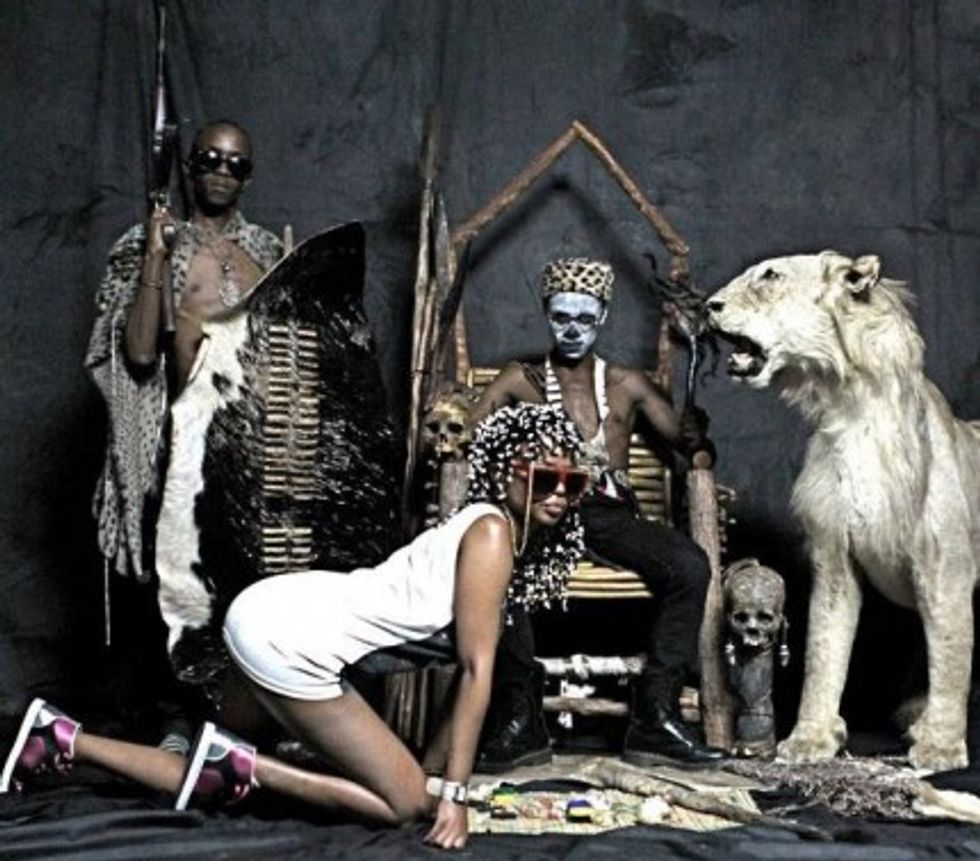 “SPAZA$HOP BOYZ is a mirror” Jonny Joburg muses. It’s an atypical Zen-like response to a question about the duo’s eerie music video for their electro-hop single, "Rehab Tony," directed by Xolelwa ‘Ollie’ Nhlabatsi. “We show Africans Africa” he continues. “Especially the aspects of our culture that are swept under the rug, like black magic, hence ‘Rehab Tony’ is what it is.”

Together with Charlie Macc, the up-and-coming emcees have been rapping as SPAZA$HOP BOYZ since 2009. “The name was given to us by the people we partied with at the time,” Jonny candidly admits. “We were always at every party together because we were good friends prior to rapping.” The idea to break into the hip-hop game, in part, stemmed from a desire to find a more productive avenue to channel their pent up youthful energy.

The gamble paid off. Their first recording, "Anti-Gravity" featuring Zuluboy, peaked at number one on a national radio show; knocking Miami don Rick Ross off the top. Since then, the duo have been working on their debut album, Popular $cience (Sony/Atv), scheduled for release at the end of July. “I’m a perfectionist by nature” Jonny says. “There’s probably five versions of the album that we went through. The version we have now is what we were destined to make.”