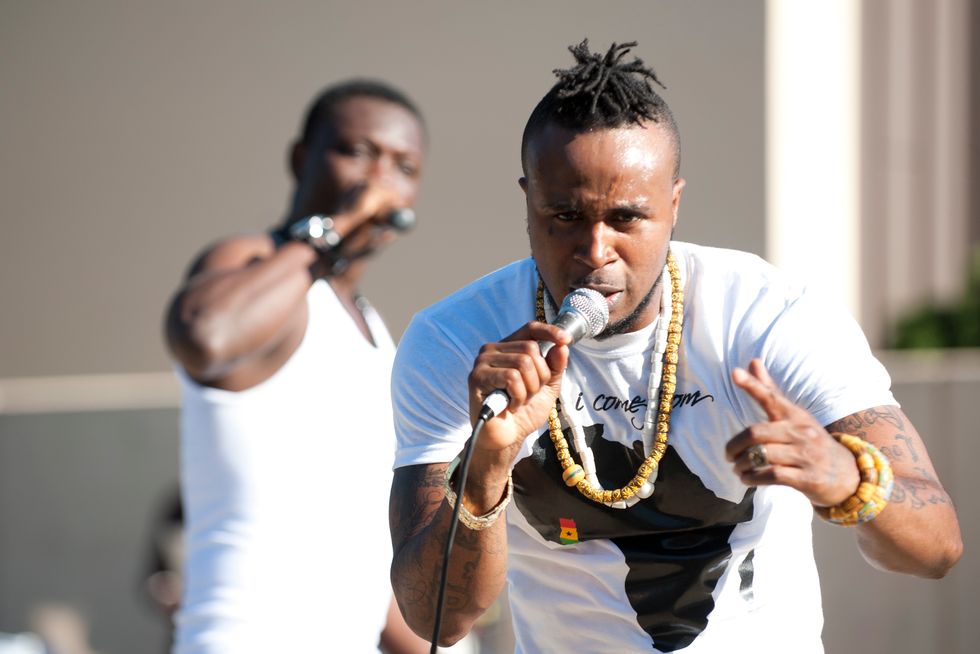 Okayafrica recently caught up with Promzy and Prodigal, two of the founding members’ of Ghana’sVIP(Vision In Progress), as they performed in California. Among other things, the two were excited - and thoroughly surprised - to see azonto in various places, including dance studios in Norway where most of the participants were non-African.

The group’s 2010 album, Progress, produced two major hits - “I Think I Like Am” (below) and the monstrous “Away.” The latter, with its infectious open snare intro and sing-along chorus, managed to evolve from mere club anthem to a colloquial staple ingrained into the local lexicon in Ghana. The resulting success further solidified their status as hiplife royalty at home, but for the group, it only aggravated an eagerness to reach new audiences abroad.

He and fellow group member, Promzy, see the azonto craze as an opportunity to spread their musical message and are enthusiastically waving the azonto flag throughout their travels. Above all else, it’s a proud moment to see a local product being embraced worldwide. “The azonto thing is by us,” said Promzy. He’s happy to see Ghanaians and Africans worldwide embracing their own music alongside their European counterparts.

But azonto does owe partial credit to the outside world. Ghanaian pop music has always been, in part, a result of the syncretism with western influences. Highlife – that nation’s oldest musical export - owes as much to big band jazz and gospel as it does to palm wine music. Azonto is no exception. Its warm reception in Europe may result from the UK Funky ‘s influence on the production. But to VIP it’s all hiplife. And as one of hiplife’s premier ambassadors, they plan on seeing azonto as another tool in their ever-growing arsenal to spread their message. VIP returns to the states June 16th for a show in New York (details to come) alongside fellow countrymen Castro and Tiffany.

Stream an excerpt from our interview and their take on azonto below: