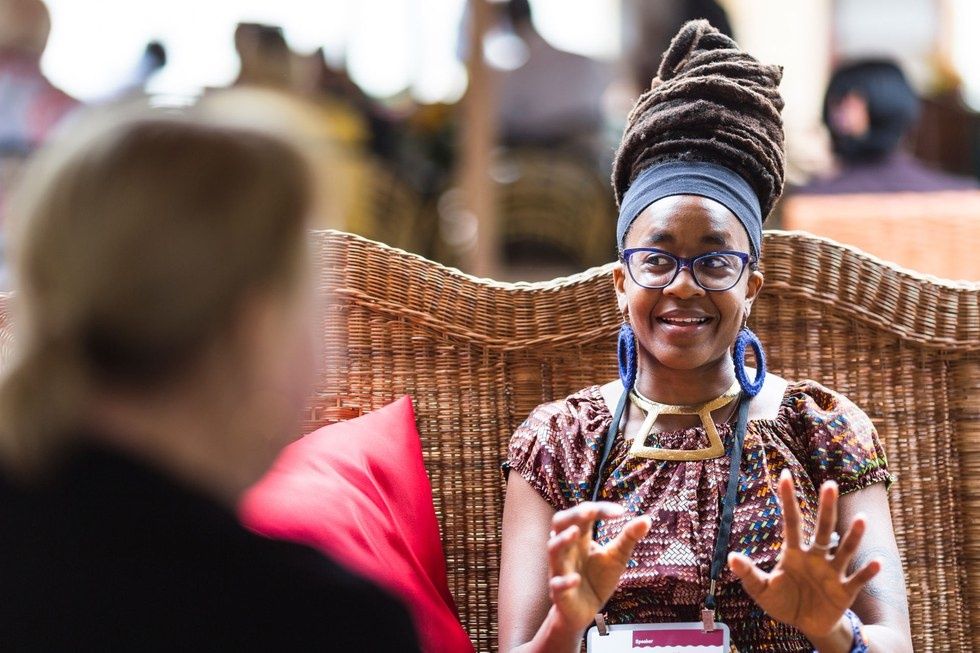 The series, based on Butler's 1980 novel, will tell the story of "two African immortals who travel the ages from pre-Colonial West Africa to the far, far future."

Oscar-winning actor Viola Davis will team up with Nigerian sci-fi author Nnedi Okorafor and Kenyan director Wanuri Kahiu for an upcoming series adaptation of Octavia Butler's 1980 novel Wild Seed, which is being developed by Amazon under Davis' and Julius Tennon's JuVee Production company.

Okorafor and Kahiu, who are both OkayAfrica 100 Women 2019 honorees, will write the series together, and Kahiu is also slated to direct. The Rafiki filmmaker, took to Twitter to share her excitement over the news. "Dream project alert," she wrote. "See God!"

According to Deadline, which broke the news, Kahiu's rising visibility was the impetus for the project finally going into production. "JuVee had pursued the rights to the book for over two years, but it wasn't until they identified rising talent Kahiu, who was tapped to direct as well as write the pilot with her friend and colleague Okorafor, that the vision became clear on how to turn the beloved book into a TV show. With their idea for a TV series, and the Butler estate's blessings, the project was taken to the marketplace with multiple bids."

Wild Seedis a love (and hate) story of two African immortals who travel the ages from pre-Colonial West Africa to the far, far future. Doro, a killer who uses his power to breed people like livestock, encounters Anyanwu, a healer who forces him to reassess his millennia of cruel behavior: for centuries, their personal battles change the course of our world as they struggle against the backdrop of time — master vs slave, man vs woman, killer vs healer.

Both Okorafor and Kahiu told Deadline about the impact of the book on the shaping of their careers. "We love Octavia Butler and her work and have for decades. But Wild Seed is our favorite. It's expansive, disturbing, and unique, said the duo. "Wild Seed stays with you. It's a love/hate story of African immortals that connects people on the African continent to the Diaspora. It merges the mystical and the scientific seamlessly. You're going to see shape-shifting, body jumping, telepaths, people born with the ability to defy the laws of physics, all in the context of our past, present and future world."

Next, Kahiu will directThe Thing About Jellyfish with Universal. While, Okoafor's novel Who Fears Death is being developed into an HBO series with Game of Thrones creator George RR Martin.

We will keep you updated as new details about Wild Seed emerge.