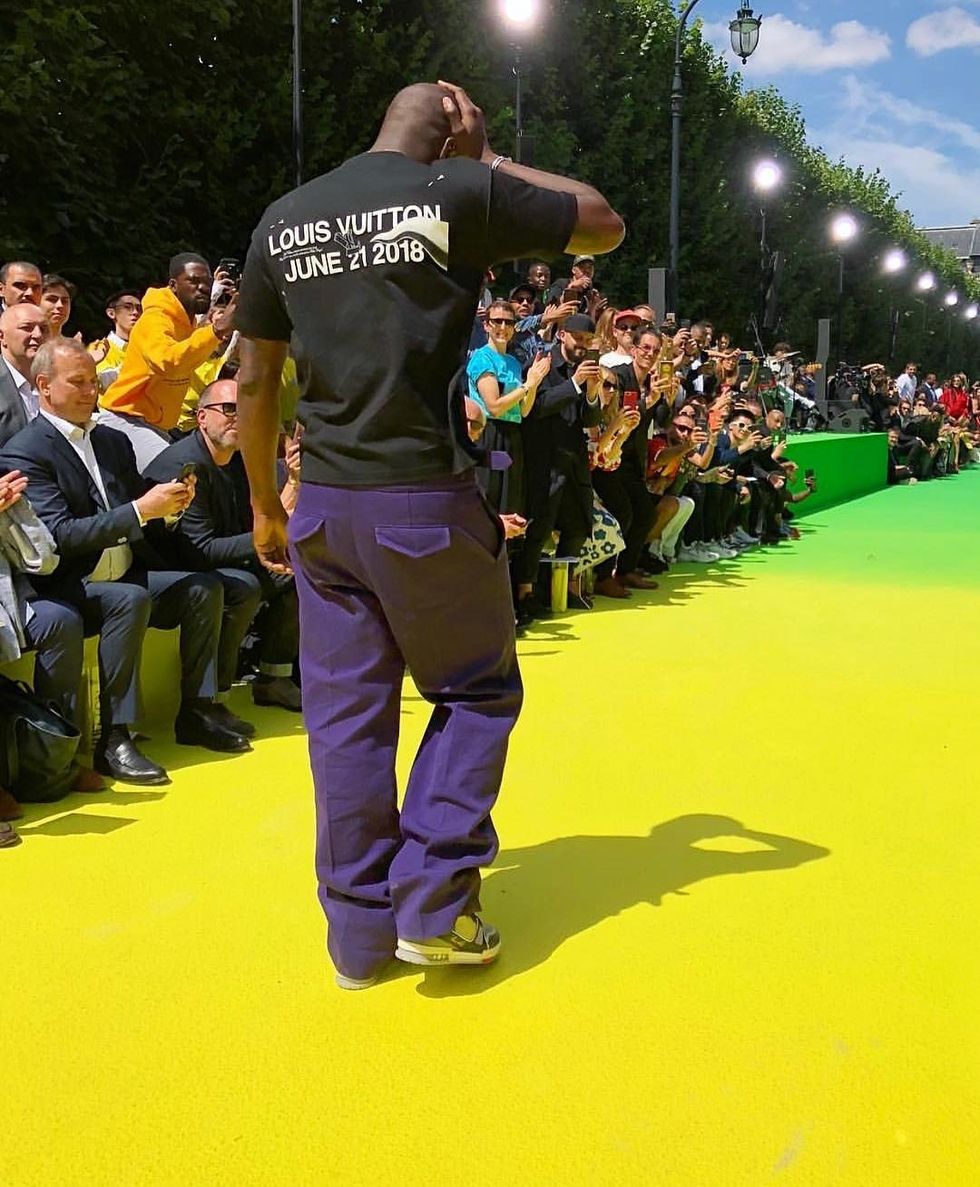 The acclaimed Ghanaian-American designer made a bold statement today as Louis Vuitton's menswear artistic director with his SS19 collection.

Since Louis Vuitton announced the appointment of Virgil Abloh, the Ghanaian-American designer behind fashion label Off-White, as its new head of menswear, the anticipation and excitement of his first collection for the French luxury brand has been at an all-time high.

"This opportunity to think through what the next chapter of design and luxury will mean at a brand that represents the pinnacle of luxury was always a goal in my wildest dreams," Abloh said back in March. "And to show a younger generation that there is no one way anyone in this kind of position has to look is a fantastically modern spirit in which to start."

The menswear artistic director also provided a t-shirt and show notes to every guest that includes a document entitled, The Vocabulary According to Virgil Abloh which gives his own take and definitions of fashion terminology. Under the letter 'R' his definintion of the word 'rainbow' encompasses the feel of the show:

A kaleidoscopic palette evolving from off-white to polychromatic, synchronously forming a holograph archway knowns to represent dream. A motif in The Wizard of Oz, which provide construct to the Spring-Summer 2019 collection.

Friends and supporters of Abloh, including Kid Cudi, Theophilus London, A$AP Nast and Playboi Carti, were also among the models walking the runway in the show. Abloh ended his show walking the runway with tears of joy, embracing Kanye West as he took in this historic moment.

Take a glimpse at some of the looks from the show below.