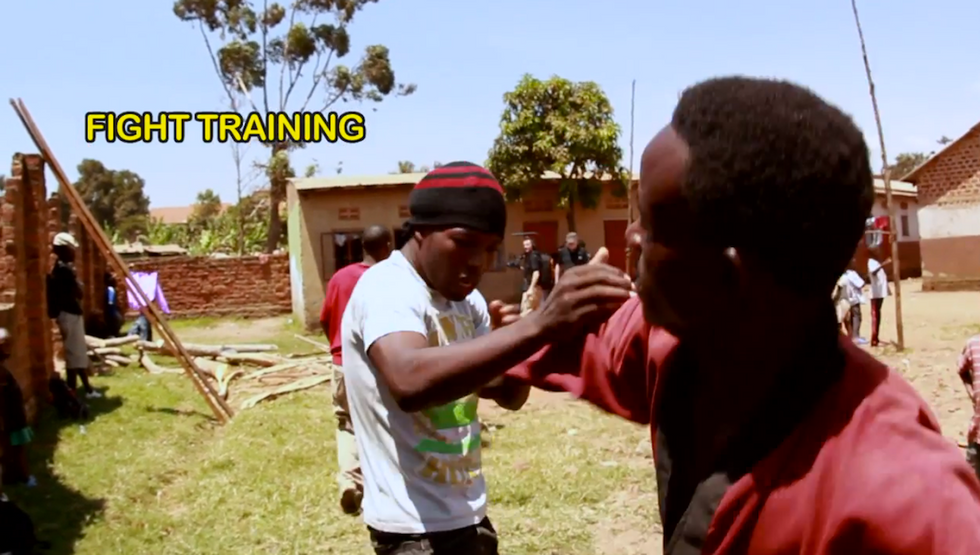 The Wakaliwood documentary is the story of I.G.G. Nabwana' Ramon Film Productions, the heart of an action film industry in Kampala suburb Wakalig.

Wakaliwood is the rare feel good film that features AK-47s and bloodshed outside in a Kampala suburb. Far easier on the eyes than the trailer for Uganda's "first action-packed movie" is the story of how an action film industry seed came to be planted in the tiny slum of Wakalig. I.G.G. Nabwana, founder of Ramon Film Productions, is the ambitious Ugandan filmmaker who envisioned building from the ground up a film industry in his very backyard. Now a film industry of 100-strong, Nabwana's bloody (simulated, though) ambitions have in just a few years amounted to, as the trailer suggests, a religious-like body for the people of Wakalig. Watch the easy-feeling trailer (+ extended excerpts) below. Ben Barenholtz and Alan Ssali Hofmanis' Wakaliwood is now available on iTunes here.