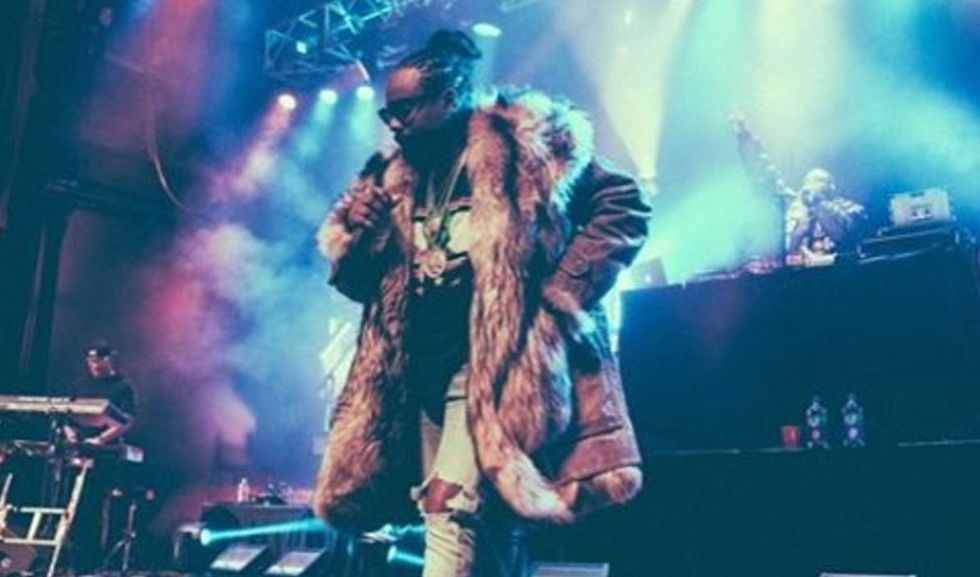 Tomi Lahren tried it on Twitter after getting wind of Wale saying her first name wrong as "Tammy" (on purpose) in his new single, "Smile."

Don't lie. You know you were snickering at Wale when he purposefully referred to Tomi Lahren (the internet's ultimate "alt-right" troll posing as a political commentator) as "Tammy" on his new track, "Smile."

Let's have a listen below:

Some back baby mommas hate us

We only learn half of the drama, other side crazy

On behalf of Charlamagne I'm sure he ain't trading sides

Maybe I should meet Tammy Lahren, I'll Lauryn Hill her

Prolly hate the color of my face

Teaming up with his fellow Nigerian-American from the DMV (and that's D.C., Maryland, Virginia—not the Department of Motor Vehicles), Phil Ade, Wale gives us 90s summertime vibes while layering much needed commentary on the state of America a little over two weeks 'til Inauguration Day. It's almost like he's putting the upside-down smiling emoji into bars you can bop your head to with ease (and we thank you).

Moving on to the verse above, "Tammy" wasn't thrilled, so of course she attempts to clap back. I mean, does she not know what a diss is?

So if you're gonna put someone in a song...diss 'em.. perhaps get their fricken name right next time @Wale

But wait—it doesn't end there. She tries it again, and fails—again:

Whale? Really? That's all you got?

Wale's shortened stage name (his full name is Olubowale) means "to come home" in Yoruba. In fact, Lahren must be unaware that he addressed people calling him "Whale" in his 2009 hit, "Chillin."

Mtchew. I'm pretty sure "Tomi" doesn't mean much of anything either.

See how the internet claps back with him below. I'm all the way here for it:

@TomiLahren@Wale maybe he didn't get it right because you're irrelevant?

@Wale@teen_archer@TomiLahren why is Tonya mad?