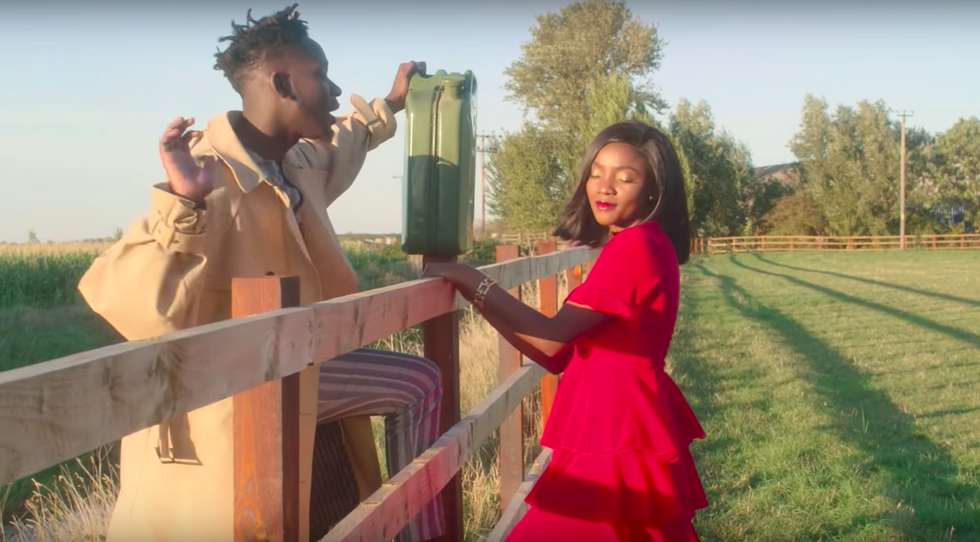 Mr Eazi shares the music video for the Simi-assisted single "Surrender," from his latest mixtape Lagos to London (Vol. 2).

The bubbly love song, gets an equally sweet video, that sees the two coupling up after meeting on a farm and later avoiding Simi's overprotective father by sneaking to an outdoor dance party.

Simi and Mr Eazi make for a lovable duo as they harmonize seamlessly together throughout the nearly 3-minute track.

Mr Eazi released his documentary Lagos to London about the evolution of afrobeats just last week. Check it out here if you haven't already, and watch the music video for "Surrender" down below.