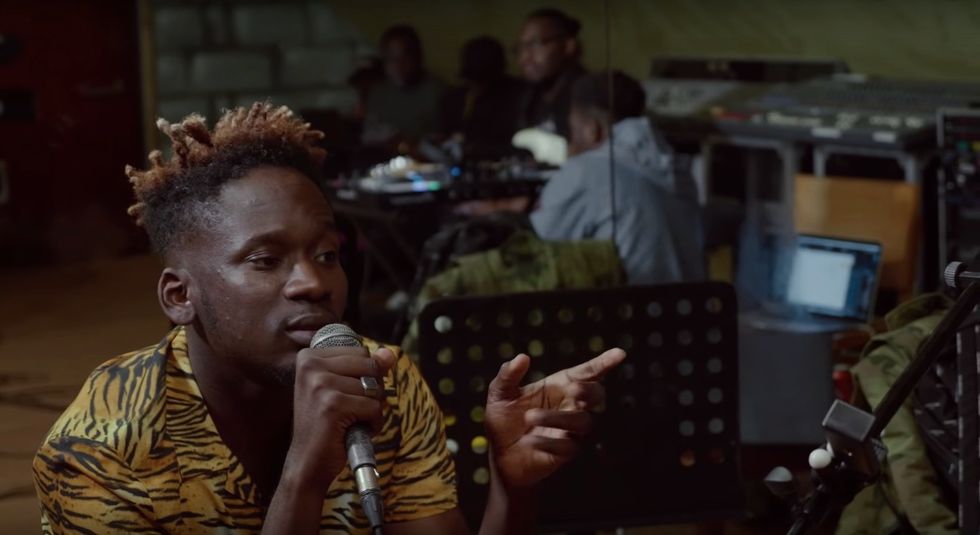 The documentary explores the evolution of Nigerian music.

Mr Eazi shares his journey from phone salesman to afrobeats star in his new documentary Lagos to London, a visual component to his recently released mixtape by the same name.

The documentary explores how afrobeats became a major movement in the UK capital and features the artist as well as music experts like music critic and OkayAfrica contributor Joey Akan, Beats1 radio host Julie Adenuga, BBC 1Xtra radio host DJ Edu, and many others. "I want to shed some light on how music is consumed in Nigeria," Mr Eazi tells Rolling Stone.

Lagos to London breaks down the various facets of Nigerian music and it's growing cultural influence outside of the country. "It's so funny: My music started out in Ghana, moved to the U.K. and then to Nigeria. To this day, the U.K. is my Number One streaming location on Apple Music and Spotify," says the artist.

The documentary, produced by The Swank Group, also discusses the evolution of the sound and its undeniable crossover potential. Check it out in full below.

Lagos To London: The Documentarywww.youtube.com