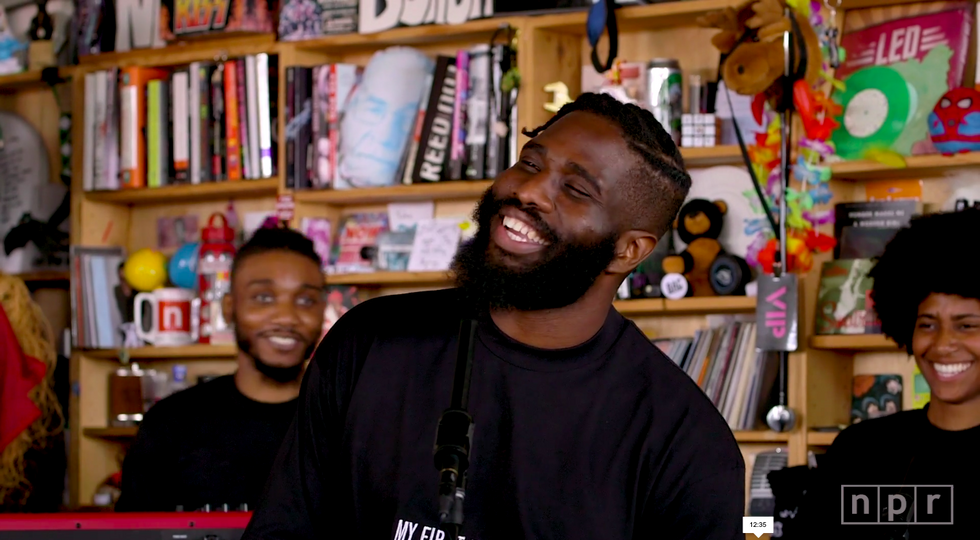 Joined by his wife and seven-week old daughter, the Houston-based rapper brings his Southern sounds to NPR's Tiny Desk.

The artist performed a 5-song medley, backed by a full band and four talented backup singers. The artist was also joined at the desk by his wife Fats Nwigwe and their seven-week old daughter.

Beginning his set with "Houston Tribute," an ode to the city that raised him—as its name implies—the artist runs through harmonious renditions of his songs "Caged Birds," "Against the Grain," and "Shine," making space for each of his backup singers to perform their own impressive solos.

He ends his 15-minute set with "I'm Dope," a song he wrote in response to the demands of his Nigerian mother to become a doctor, lawyer or engineer. "I'm just trying to paint the picture of what I had to go through, and what I had to feel," he remarks. Adding that co-signs from the likes of Erykah Badu and Dave Chapelle, made him confident in his decision to pursue rapping.

OkayAfrica, caught up with the artist last year to discuss his Southern sound, and his mission to "make purpose popular."

Watch his full set below.