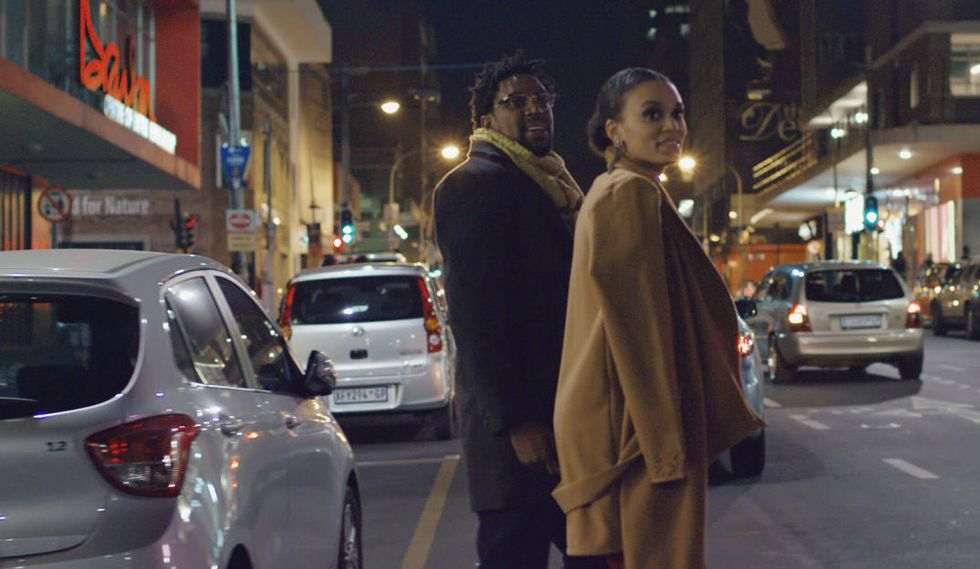 Looking to catch a good movie this week? The 21st Annual Urbanworld Film Festivalis coming to NYC from September 20 to 24 with a selection of the best new films by Africans and people of the diaspora.

OkayAfrica is proud to co-present Catching Feelings, a dark romantic comedy set in Johannesburg about what happens to a young couple when an unexpected visitor moves in with them. The screening will be followed by a Q&A with writer and director Kagiso Lediga, an acclaimed stand-up comedian and writer from South Africa.

Catching Feelings, which also stars Pearl Thusi, is "a tale of how life, love and art intersect in uncontrollable ways," according to Shadow and Act. It premiered at the LA Film Festival to a sold out screening in June.

Here are a few other films from Africa and the diaspora we're looking forward to watching at this year's festival:

Seyna, a teenager from Cameroon, loves France, the country where she was born. She is determined to study and get French nationality, despite her father's fierce opposition.

2. Behind the Curtain: Eclipsed

"Eclipsed" was a Broadway  play written, directed and performed by all women of African descent, which starred Lupita Nyong'o. This documentary follows the genesis and rise of this groundbreaking play written by the Walking Dead'sDanai Gurira.

Of the 276 girls who were kidnapped by Boko Haram from their school in Chibok, Nigeria in 2014, only a few managed to escape. This film follows Jessica, an escapee, as she shares her account of a life interrupted by terror.

Kevin, an unsuccessful fisherman from Miami, turns to human smuggling in order to make ends meet. He soon takes the risk of smuggling his girlfriend and her son into the U.S., but is confronted with a situation that forces him to take a difficult look at his responsibilities.

Two sisters meet at their family home on an island off the coast of Guadeloupe. One sister, Vanessa, is caught off guard when her father shows up for lunch. The unexpected confrontation forces each person at the table to face complicated emotions.

OkayAfrica followers get 20% off All Access Passes. Follow the link here and enter code UWPARTNER2017 at checkout.