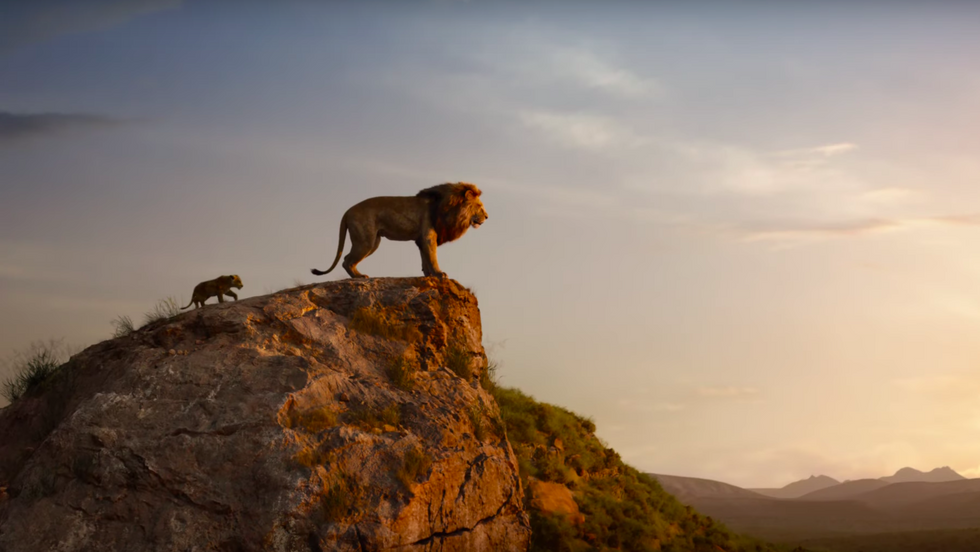 The official trailer for the live-action remake is finally here.

Disney has just dropped the first full-length trailer for its highly-anticipated live-action, remake of the Lion King.

The film, which will star Childish Gambino and Beyoncé, as Simba and Nala, respectively—as well as Chiwetel Ejiofor as the villainous Scar—is set to hit theaters on July 19, following the 25th anniversary of the original's release.

Narrated by the iconic bass of James Earl Jones, who reprises his role as Mufasa, the nearly two-minute trailer introduces the film's familiar characters, and narrative. It mirrors many of the iconic scenes from the original, including the opening sequence of the animal kingdom gathering at Pride Rock.

The film "journeys to the African savanna where a future king must overcome betrayal and tragedy to assume his rightful place on Pride Rock," as noted in a synopsis via Shadow and Act.