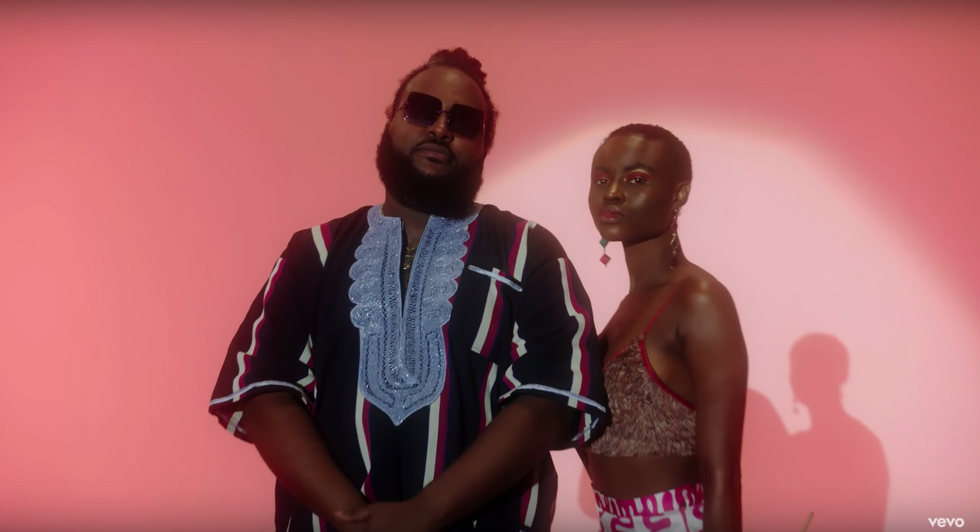 The infectious track gets an equally vibrant music video.

On the infectious song, produced by DZL the rappers spit boisterous lyrics and talk about their many desires: one of them being having their crush cook them jollof rice. Bas told Beats 1 Radio last month that the song and others on the project, were inspired by a recent trip he took to Lagos with label head, J. Cole.

READ: Bas: "I Was Born in France & Raised in New York But I'm Still African

The music video, directed by Mariah Winter, is simple but striking as the three artists perform in a hazy and retro-inspired studio surrounded by several modelesque women—all of them dressed impeccably fun and stylishly.

The artist announced last month that he would be dropping a new full-length album this month, so we have that to look forward too as well.

Check out the music video for 'Jollof Rice" below.