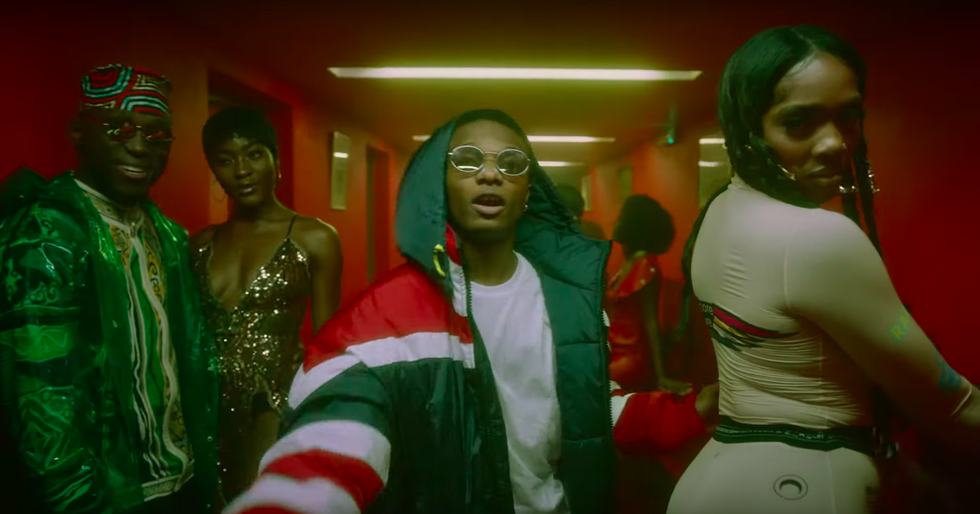 The artists drop another massive collaboration for our listening pleasure.

Tiwa Savage and Wizkid have done it again. The Nigerian superstars and frequent collaborators have reunited for another banger—this time joining forces with DJ Spinall on his latest track "Dis Love."

The sultry banger, produced by Spellz, sees them once again delivering a song made for the dance floor in the vein of their massive 2017 collaboration "Ma Lo," and DJ Spinall and Wizkid's 2018 standout "Nowo."

The song opens with Wizkid singing about an intense love, and Tiwa Savage joins in on the second verse, following suit. The real standout is the song is its catchy hook. The video is equally sultry, with Spinall, Tiwa and Wizkid in a dimly-lit lounge performing the song while surrounded by several dancers.

Wizkid and Tiwa teamed up last year for the highly-buzzed about video for Wizkid's "Fever" which was the most watched Nigerian music video of the year. The two seem to always make a statement when they collaborate, and "Dis Love" is no different.

Both artists appear on Beyoncé's recently releasedThe Lion King: The Gift compilation album, with Tiwa appearing on "Keys to the Kingdom" and Wizkid joining Queen Bey and Blue Ivy on the popular "Brown Skin Girl."

Last year, DJ Spinall dropped his fourth studio album Iyanu, and we're excited to see what else the artist is cooking up for the rest of the year.

For now, check out the music video for "Dis Love" below.