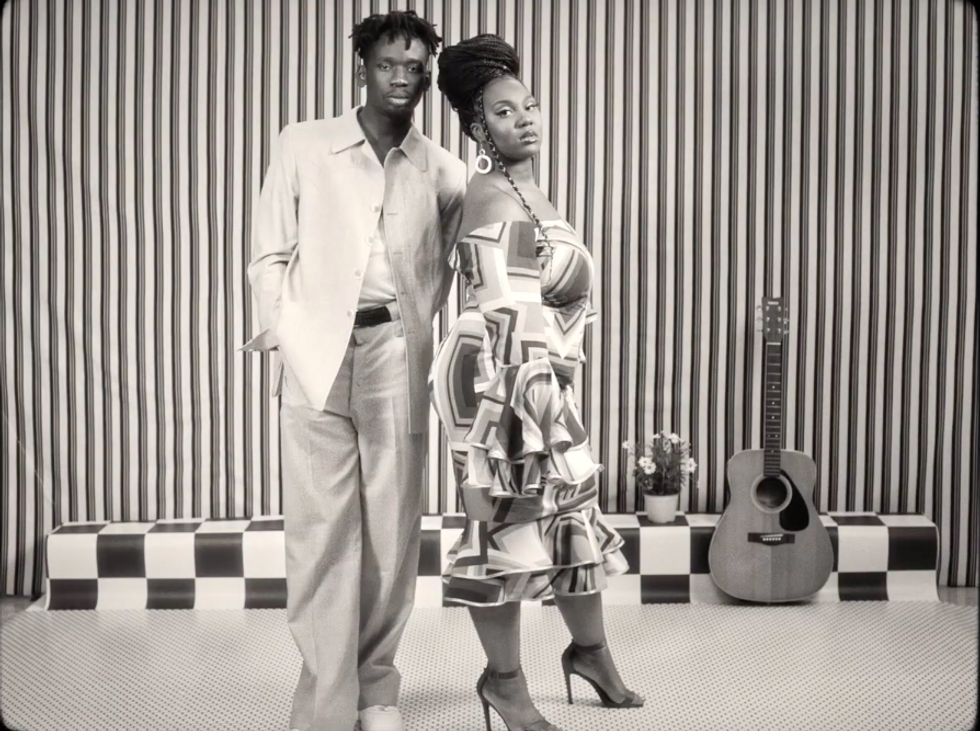 The video, directed by Mahaneela, is a tribute to the vintage photography of Malick Sidibé, James Barnor, Seydou Keïta, and Samuel Fosso.

Mr Eazi teams up with budding Nigerian artist Dyo, for her latest single "Go All the Way."

The duo share a memorable music video, inspired by the work of vintage African studio photographers like Malick Sidibé, James Barnor, Seydou Keïta, and Samuel Fosso. The music video features cameos from several young African creatives including Congolese artist Miles from Kinshasa, who are all photographed in stylish clothes before staged backdrops.

The video was directed by multi-hyphenated creator Mahaneela, who also appears in the video,

The Mirza-produced song sees both artists singing suggestively about their lovers. "Go go, go all the way," Dyo sings smoothly on the track's chorus.

This is just Mr Eazi's latest collaboration. He's been on a roll throughout 2019, appearing on several standout tracks with international acts like J Balvin and Bad Bunny on "Como un Bebe," as well as with Beyoncé for her The Lion King: The Gift album. Most recently on DJ Jimmy Jatt's "Halima," alongside Skales.

Dyo's dropped the single "Arena," earlier this year, which later got a remix from Adekunle Gold. With her star on the rise, she seems poised for even more success.

Check out the music video for 'Go All the Way' below.