This South African Metal Band is Breaking Down Barriers 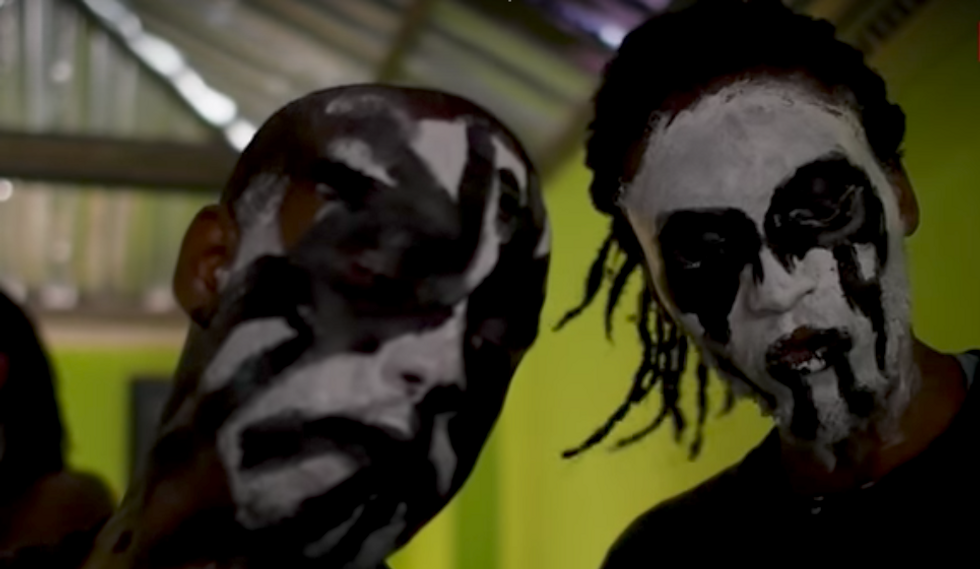 In a video by Upproxx, South Africa's first all-black metal band talks about the discrimination they face and their hopes for the future.

SOUTH AFRICA—Metal is a music genre too often associated with white people. And while the continent is home to several thriving metal scenes, the genre is still frowned upon in many African circles.

In a recent interview with UPROXX, Demogoroth Satanum a black metal band from Soweto—a township of Johannesburg better known for its bumping kwaito scene—opens up about the discrimination they faced being South Africa’s first all-black metal band.

“I think our biggest obstacle was getting over what the community would think of us. They think that if you’re doing this, you guys are a bunch of Satanist,” Sthembiso “Tyrant” Kunene, the band’s vocalist, says.

Now that they’ve broken into the scene, the band hopes to grow Soweto’s rock and metal movement. They also aim for mixity by encouraging white bands to play in their township.

“Apartheid was over a little over 20 years ago but there’s a shit load of tension...we’re trying to break that tension," he adds. "And once our country breaks that racial tension then we can fucking move on and they won’t call us 'white people' for playing 'white people music.'"

Check out the full video on Demogoroth Satanum below.