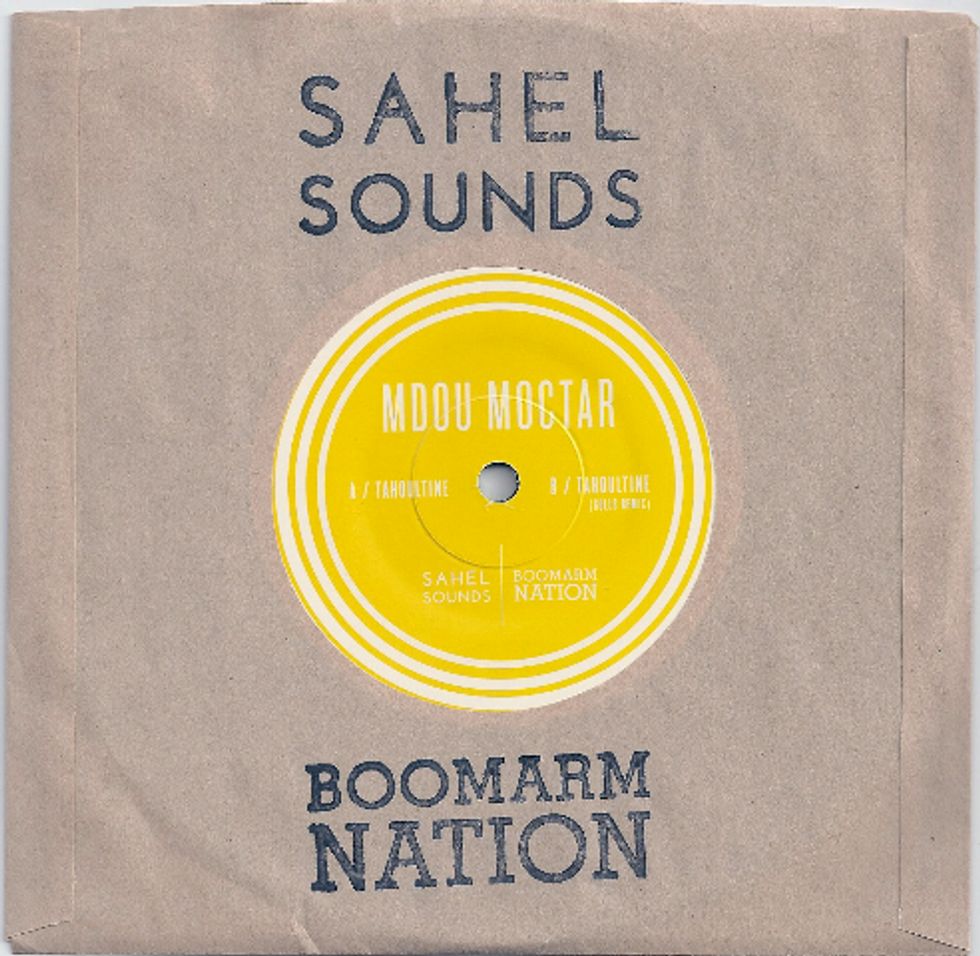 Wax On is a new series in which we highlight new Afrofuturist — modern African electronic — vinyl releases, in this installement we feature Boomarm Nation family Gulls' remix of Tuareg guitarist Mdou Moctar.

Mdou Moctar's tune "Tahoultine" has traveled a long distance since 2009 when it initially hit the streets in West Africa. A year later Chris Kirkley added it to his Music from Saharan Cellphones compilation, and this year the song takes a new jaunt into the land of the 7" that includes a remix from Gulls. The Tahoultine remix is the gem for me, with low-fi vocals, bass conscious 4-to-the-floor beat and a touch of ambient synth to chill -out and already chill track. You can thank Sahel Sounds and Boomarm Nation for this newly mastered edition but there are only 500 copies so get this before it disappears like a mirage.