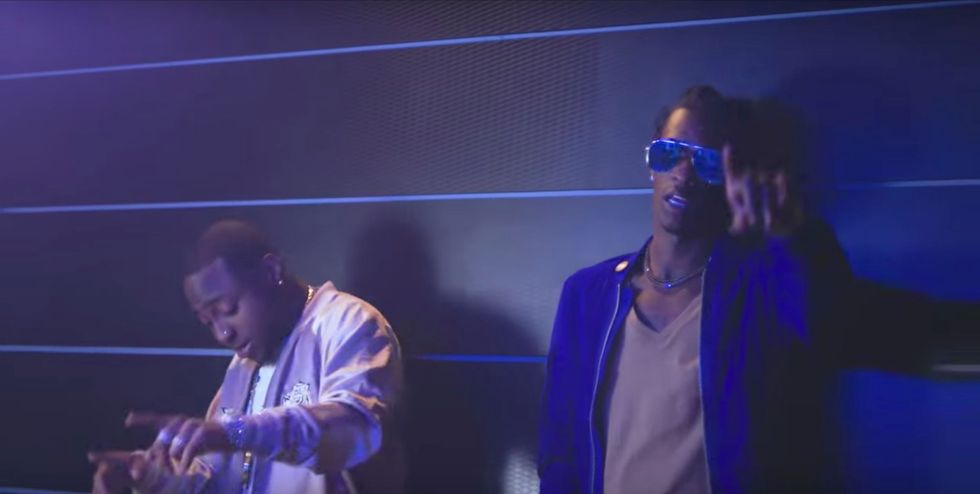 At the end of every week, we highlight the cream of the crop in music and round up the best tracks and music videos that came across our desks in a Weekend Playlist for you.

Follow our Songs You Need to Hear This Week playlists on Spotify and Apple Music to get immediate updates every Friday and read about some of our weekend selections ahead.

Davido recruits an all-star squad for his new video and single, "Pere." The DJ Mustard-produced track features Young Thug and Rae Sremmurd and has a new video to match. Boss moves.

D'banj "Be With You"

The Kokomaster D'banj has been coming back strong with his new singles. His latest is "Be With You," which features a beach side music video. Read more about the single here.

FElA aKUsTIc is a project born out of the Fela! musical. Its vocalist Sahr played the role of Fela himself in the highly-popular show, while Ricardo played guitar for the musical on Broadway. Together they condense Fela's big afrobeat ensemble sound into stripped-down, two person renditions. It's magical.

Mali's Oumou Sangaré releases yet another stunning visual from her new album Mogoya. “Fadjamou” translates to ‘family name’ in English. The track and video are about the importance of family and identity in Malian culture.

Maleek Berry rolls through with another dance floor heater in "Bend It," his latest single. Stream it on all platforms here.

Patoranking heads to Togo in his music video for "Hale Hale," one of the standout tracks on his album God Over Everything.

Shatta Wale and Sarkodie, two of Ghana's most famous musicians, link up for the relentless collaboration "GameBoy."

Nigeria's Flavour drops the sixth video of his album, Ijele – The Traveler. "Jaiye" is a huge burst of energy, guitars, and percussion.