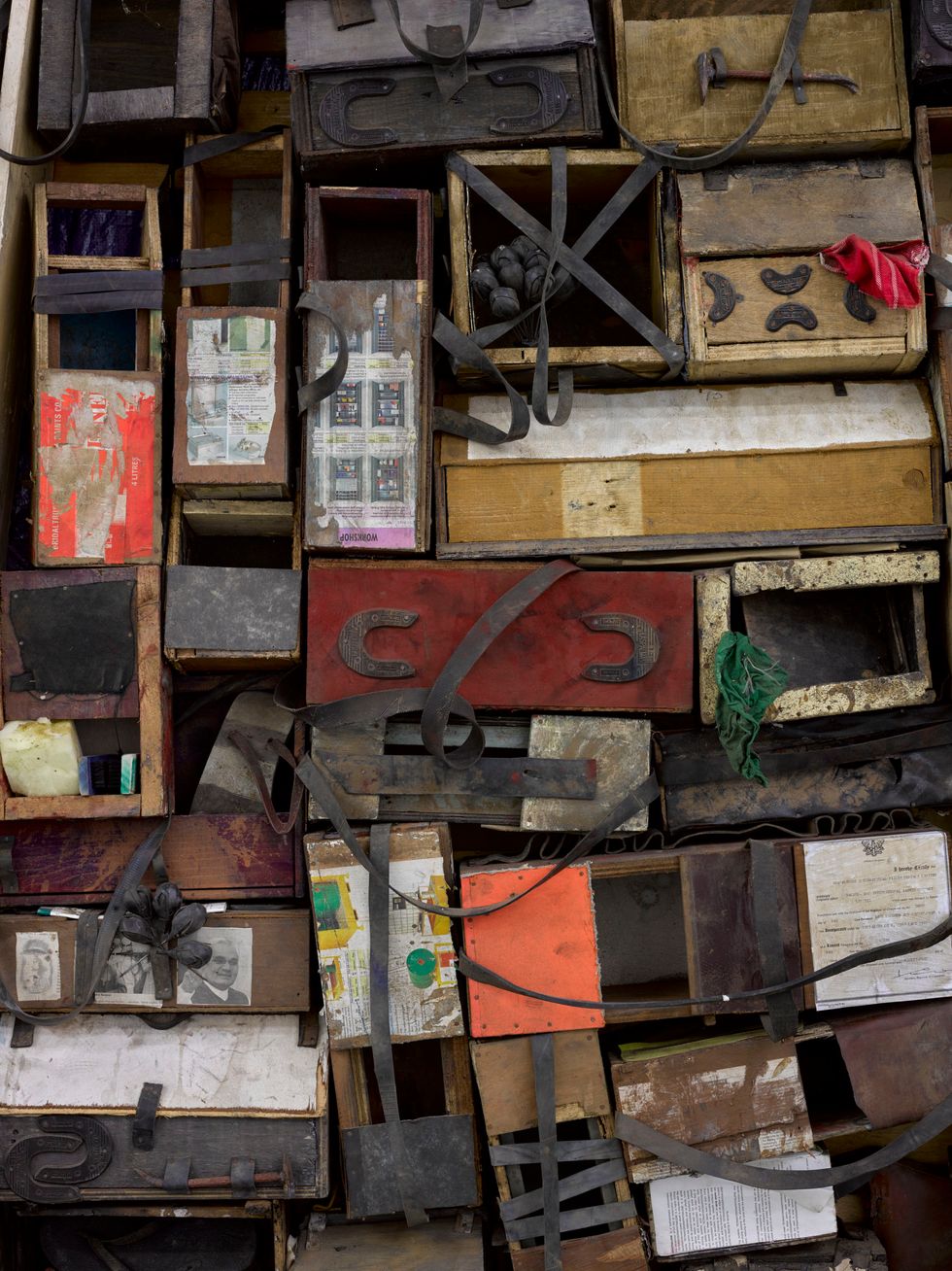 Editors Note: OkayAfrica’s UK correspondent, Sabo Kpade, gets deep with Ibrahim Mahama for our first edition of Sunday Reading. This is part 4 of 4. You can read the other installments here Read Part 1 here, Part 2 here and Part 3 here

OkayAfrica: What's your PHD on? And how precisely does the academic aspect of your work influence the practical?

Ibrahim Mahama: The idea was that I really wanted to be very grounded in the arts, to fully understand the historical precedence of what had been done all different spheres of the world. Then, to be able to make choices and decisions within it. To decide whether you want to work the traditional medium, or want to influence a new language. My PHD is practice based and has alot to do with the developement of independent practice toward a swift in artistic practice.

OKA: There's a lot of intellectuality that goes into your work that you articulate very well and may be lost on the average to White Cube. Is this something you worry about? How important is it to articulate the thinking behind the final product?

IM: I think it’s very, very important to be as intellectual as possible. It is important especially for us to have this control because, historically, exhibitions that were organized in terms of looking at African arts constructed alternatives to narratives which were not really in favor of the work. It was very retrogressive and we have an opportunity these day to rewrite history/change the course of it.

OKA: Do you also generate ideas from this intellectual standpoint?

IM: I’m not an artist who has a bunch of ideas, and then I try to find things

that fit. First of all, I’m interested in the object, and if the material speaks to me in terms of decisions that I’m making. That’s how I arrive at this intellectual difficulties. Because, at the end of the day, there are things that you might be interested in, but the object has more promise to it.

OKA: I read a quote of yours where you say it is important not to leave Ghana and that has stayed with me. Is this an individual’s decision or from a collective mindset of artists currently practicing in Ghana? Is it a wave is what I'm asking?

IM: Yes. It’s a wave. There’s the Department of Painting and Sculpture at the Kwame Nkrumah University of Science and Technology, Kumasi. You have the blaxTARLINES, KUMASI centre for contemporary arts, that has been very influential in terms of the artistic discourse within Ghana.

A lot of the lecturers involved within this space have been very influential in terms of my own thinking as an artist. All of them have stayed in Ghana most of their lives. They’ve also helped to shape artistic practice in the development. I thought it was somehow important, just to be able to also join in the struggle, and work alongside them to see what we could make together.

OKA: You could have left Ghana to continue your MFA and PHD at some prestigious university in Europe maybe, but you didn't. Why is that?

IM: It would have been some kind of a betrayal to the system, because at the end of the day if you stay back and work there, it only doesn’t help you alone, but it helps build different kinds of artists. We need to build a system that proposes different perspective or ways of producing as an artist. Once you leave, and when you come back, there’s a lot you’re going to miss.

Also, you can make decisions within a collective because, there are other people who are striving to do the same things that you want to do, or are even doing it in a different way. You can learn from each other.

OKA: Along with colonialism, you have thoroughly investigated the continuing effects of capitalism and globalisation in your work. And now these works that were made in Accra are being exhibited in a prestigious London gallery and is likely to sell for a huge sum thereby benefiting from the same systems that you investigate. Is there a complication or contradiction here?

IM: This exhibition is based on the premise of contradiction. It’s something that we’re constantly fighting against, or trying to deal with especially in the way I was producing in my work.

Also, there are these aspects of my work, the detailed aspects which I call the paintings, funding from which helps me to do the independent projects without actually relying on private capital. You have to ask yourself how you’re going to sustain the practice. It’s either you’re going to take a lot of private funding, grants, and other things, or you have to generate the money yourself.

OKA: Rather than being a problem you’re saying that selling the work in the context it investigates is actually necessary?

IM: The money will be used for, not just producing the artwork, but also to contribute to the shift within the architecture of discourse within the space, or the region that you’re coming from. It’s a lot more complicated. It’s not just selling the artwork and that’s it.

I’d been in discussion with White Cube for more than two years. It only took me up to now to decide to do this exhibition. I could have done it a long time ago if I wanted to, but I didn’t. Time is very important.

IM: Yeah I know. Also, a lot of things started happening rapidly. There’s been Venice Biennale, and then Documenta within this period. I was very cautious because I didn’t want to come out as an artist that was too much in demand in terms of exhibition making. I prefer to spend a lot of time in Ghana to do these independent projects.

At the same time, I’m also an artist who wants to generate some kind of income to be able to expand on these ideas that will be able to help younger generations of artists. Because now, a lot of young artists have a lot of faith in artistic practice and believe they can make some kind of living from it. So I thought it was somehow important to make these careful decisions.

OKA: What to you would make Fragments a successful exhibition?

IM: Well, I think it’s just people taking time to really understand the parameters of the exhibition. I think that’s what I’m much more interested in. I’ve been practicing for the last three and half, four years. I think I want people to kind of understand the motivations behind the practice.