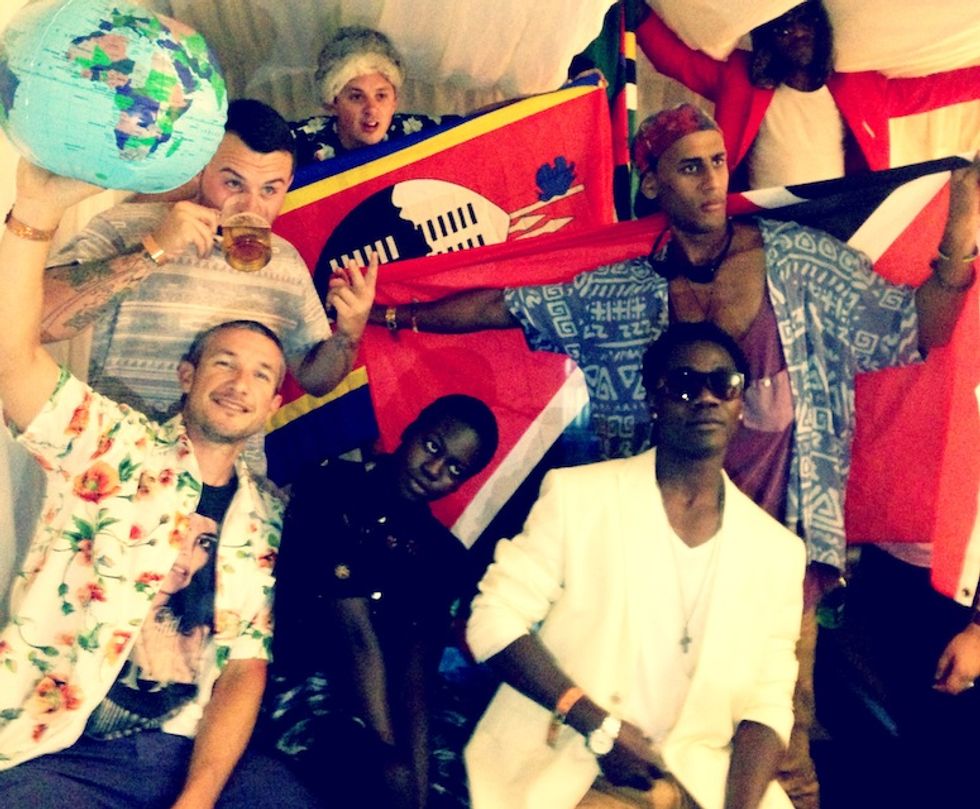 Allow us to introduce the diasporic sounds of a part of the world not often discussed on Okayafrica. Weird Together began as the studio project of New Zealanders Dick Johnson and Nick Dwyer (whose collab with Wanlov for the kiwi tunes show Making Tracks was previously featured on OKA). Production from the DJ duo officially kicked off as a full band when the pair began recording at Auckland's Red Bull Studio with a cast of NZ-transplants, including Karima Madut (Sudan), Mavs Adegbite (Nigeria), and Benedict Tagutanazvo (Zimbabwe),

"Karima's Story" is an infectious house-influenced groove that suggests the project deserves overseas listens. Sudanese/Kenyan-born/NZ-based Karima Madut adds both a namesake and in-your-soul vocals to the track. Below, the Weird Together songstress discusses the story (her own, that is) behind the dancefloor banger.

"So Karima's story, I guess melody and lyric wise, came from the ideas [Nick was] throwing at me to freestyle to or be influenced by. I was blank in the booth until [Nick] told me to create something out of emotion and tell some type of story. With these two things in combination I couldn't help but think about my father whose life and supposed death was always a mystery and untold to me. I just imagined him as a spirit or his presence in the room with me and sang of what I would say if I were to connect with him and so the lyrics were a question of "where did you go? dead or alive?"...My thoughts and emotions had always been disconnected from him up, never thinking about the absence but I found myself singing at the end of these phrases 'I want you' repeatedly, to my surprise! So I guess through the process there was the sad revelation of the loss I still feel and the hope I still hold on to."

We anticipate more to come from the kiwi collective. In the meantime grab yourself a copy of "Karima's Story" above and check out the accompanying DIY vid below pieced together from Borneo's beautiful Rainforest World Music Fest.