Well$ And His Grandma Redefine Swag In 'Savoir-Faire' 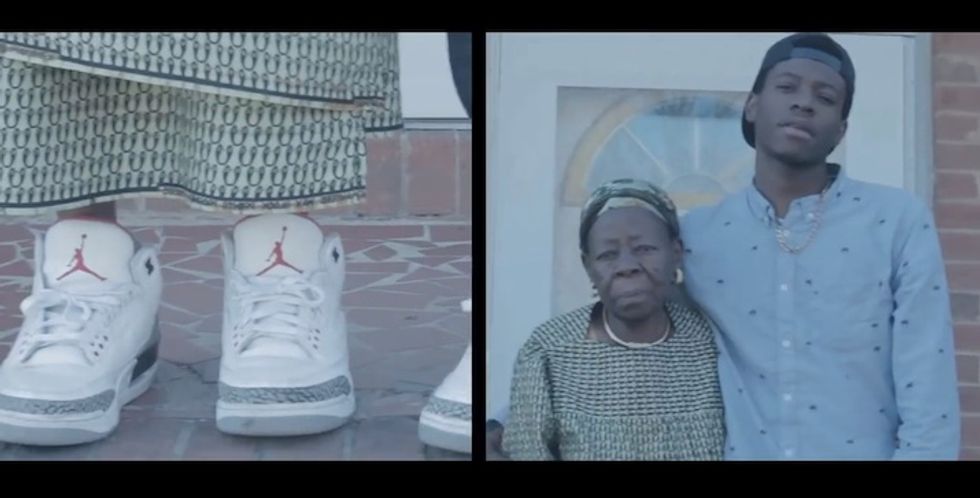 Congolese/Charlotte-bassed rapper Well$ introduces the world to his grandma and his effortless flow in "Savoir-Faire."

Charlotte-based rapper Well$ is redefining swag one music video at a time. On the visuals for "Savoir-Faire," the opening track off his forthcoming mixtape MTSYD: Revenge of the African Booty Scratcher, Well$ addresses the assassination of Patrice Lumumba and sits alongside his grandma as she effortlessly nods her head to the beat. The son of Congolese immigrants and cousin to Alec Lomami, Well$ (aka Leroy Shingu) first arrived on the rap scene in 2012 when his debut EP $ay La V rose to the top of Bandcamp charts. By the sounds of "Savoir-Faire," he's stayed busy cooking up his own brand of laid back, blues-infused hip-hop since then. Watch Well$' dope grandma rocking Jordans in the video below and stay tuned for MTSYD: Revenge of the African Booty Scratcher due out in April.