What Does It Take to Get a South African Visa? 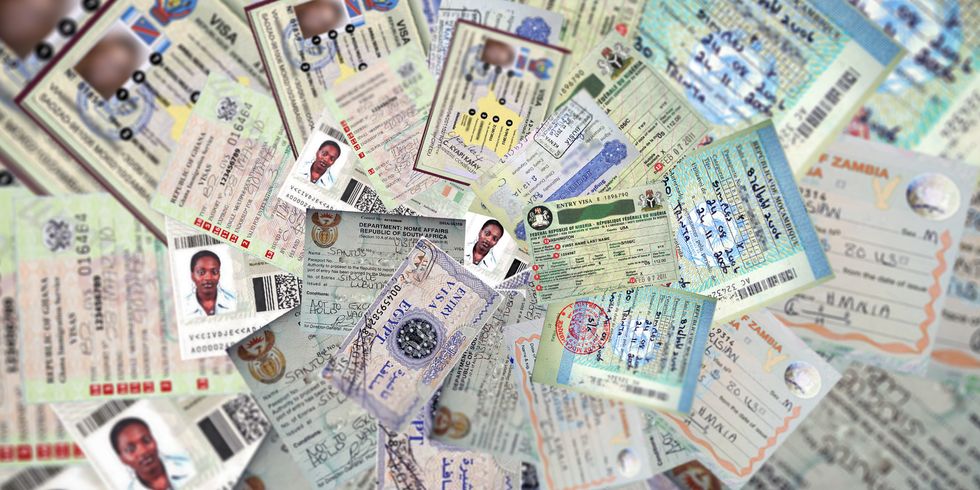 On the challenges of traveling within my own borders.

I’m standing outside the application centre for South African visas in Accra. Dressed in all black, the glare of a 30-degree sun is bright enough to bake, but I feel nothing. Or maybe that’s an attempt to de-escalate the dramatic sense of feeling everything all at once.

My application for a short-term visa in line with pursuing a consulting project with a Johannesburg-based non-profit has been rejected. Twice. The first time, it was because “I did not meet the requirements.” This was confusing to both my employer and myself, as we had followed the application process to a T. When we asked why it had been rejected, we were told to contact the South African embassy in Accra. In the rare instance when the South African embassy in Accra answers their phone or responds to emails, they do not provide feedback on applications. When I showed up in person, a tired-looking man behind a glass window yelled at me to leave; the embassy only caters to long-term visas and he had a long line and no time to deal with my rejection issues. The second rejection, at least, came with a reason: “Applicant on internal control list.” I had been rejected again, because I had been rejected the first time. It is likely my application was not even looked at.

Each rejection took three weeks to process and GHS 820 (roughly $207) in fees and associated printing costs, not including the opportunity cost of forgoing other opportunities in pursuit of the one at hand. Even at Ghana’s rapidly depreciating conversion rate, GHS 820 isn’t a ridiculously large sum as visa fees go. Academic pursuits and apparently misguided attempts at becoming a global citizen have led to my spending thousands of dollars on immigration visas over the two decades I have been traveling, studying and working outside my home country. My double-decker passport has proved resilient through it all; surviving everything from an unfortunate hit-and-run on an icy street in Montreal, to acute water damage in Mumbai. But this cut may be the deepest.

I text Olu, a Nigerian friend from business school, two words: “Rejected again.” He texts back: straight-faced, wide-eyed emoji, followed by a string of ‘whats?’ and ‘hows?’ Three months ago, Olu was in South Africa on a similar consulting project at a financial services firm. He can’t seem to wrap his head around the situation. Unsurprisingly, he’d used his British passport. South Africa grants visa-free access to several countries on 90 and 30-day terms. Only 14 of the 124 visa-exempt nations are African, and Ghana isn’t one of them.

Even for those from nations requiring visas for entry into South Africa, the trend appears to favor granting visas to those with overseas (i.e., non-African) passports. According to 2013 data from the South African Statistical Service, more people from visa-requiring nations in Europe, Asia, Australasia, the Middle East, as well as North, Central and South America, were granted temporary resident visas to visit, work and conduct business in South Africa, than other Africans.

A quick search as I wallow in the glare of an unforgiving sun and my own self-pity reveals countless stories of unexplained visa refusals and similarly stringent refusals from South African embassies to provide reasons for them. South Africa’s own Forum of Immigration Practioners (FIPSA) has found that many visa rejections arise from an “incorrect application of the law,” whereby applicants are provided with the wrong information as to which visas to apply for and requisite documentation to provide. In the case of work, business and now-defunct volunteer visas, rejections can also be based on consular workers’ arbitrary assessments of whether or not an applicant appears to have the skills needed to execute a job, overriding any recruitment efforts by the South African company that hired them to begin with. Gerrit Janse van Rensburg, an executive member of FIPSA and former Head of Permitting at South Africa’s Department of Home Affairs, describes incomplete reasons for rejections, sighting regulations of no relation to an application and failing to consider constitutional court rulings, as just some of the mistakes he witnessed during his time at the Department of Home Affairs.

Of course, it could be worse. Generation Citizen’s Scott Warrenrecounts the story of Themba Maphosa, a Zimbabwean working in South Africa, who is one of many to have fallen victim to forced deportation without cause. He describes Johannesburg as a place where “each nationality has its own enclave.” It clashes with the images I’ve seen scattered across my Facebook feed of a city rich in culture or, as Olu described it, “kizomba nights and bright lights.”

So what does this mean for an Africa that seeks to, as the African Union Agenda 2063 puts it, “Be a continent of seamless borders, and management of cross-border resources through dialogue”? Can Africa really expect to take advantage of the benefits of regional integration and free flow of talent, if we continue to (quite literally) shut each other out? According to the African Development Bank’s Visa Openness report 2016, we still have some ways to go. 60 percent of African countries report low visa openness scores, with South Africa ranking 35 out of the 52. The problem is exacerbated by retaliatory practices. In 2014, Kenya responded to tighter visa restrictions from South Africa, by refusing South African passport holders visas on arrival at Kenyan ports of entry.

Ghana, for its part, is making strides where visa openness is concerned, by allowing visa-free entry for citizens of 15 countries within the Economic Community of West African States and visas on arrival for citizens of all 54 AU member countries starting this month. The move is in line with a broader regional strategy by the African Union, to eliminate visa requirements “for all African citizens in all African countries by 2018” (though recent press releases from the AU have quoted the start date as 2020).

At the end of the day, South Africa’s immigration restrictions are just one example of the many challenges Africans continue to face when it comes to global mobility. Maybe I should have ditched my Ghanaian passport for a Canadian one when I had the chance, living there for seven years? The thought of adopting a spare nationality as a precaution is fleeting but with a grimacing sharpness, like popping a pulp of lime. In the world of immigration law, a ‘first-world’ passport is more than a mere precaution–it’s a panacea. A passport that the world respects could open doors to places, opportunities and experiences I would have never thought to pursue. I just can’t bring myself to give up my double-decker passport, even for the convenience.

Charlotte Ntim is an Accra-based Business Development Consultant with a passion for travel, technology and reality TV, among other things. You can follow her on Twitter at @LottieNtim.