What’s Going On In Juba? 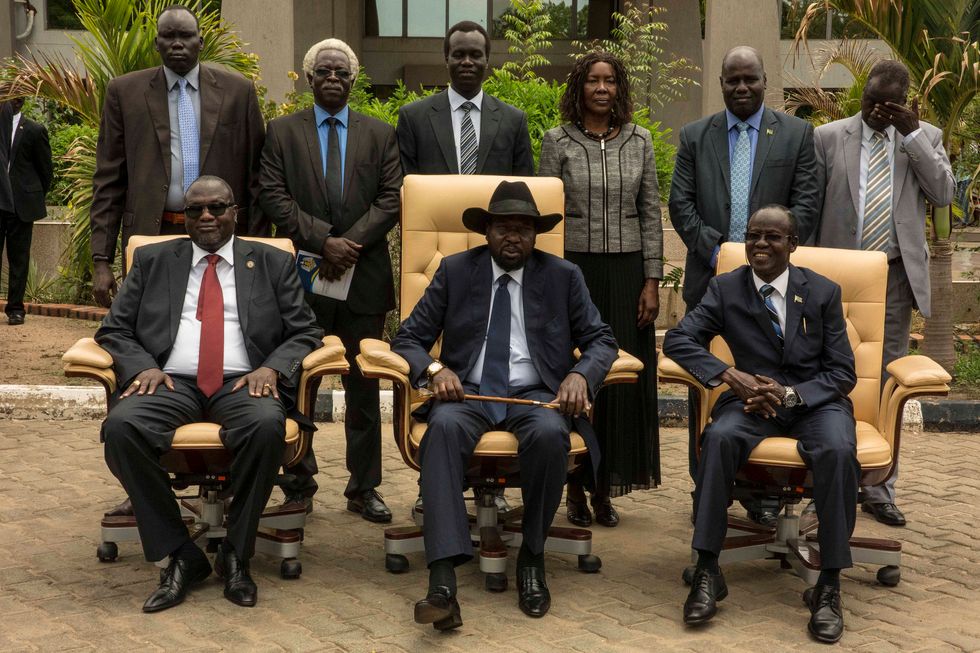 A new government of national unity has South Sudanese hoping for a return to stability.

Twenty-seven ministers of the Transitional government of National Unity (TGONU) were sworn in on April 29, 2016. Creative Commons Photo via UNMISS

South Sudanese rebel leader Riek Machar returned to South Sudan’s capital last week after two years of war. His return is part of the process meant to end a conflict that has killed more than ten thousands South Sudanese, and displaced more than 2.3 million more.

Waakhe Simon Wudu a local journalist told Okayafrica from Juba that many hope the return to stability will right the economic freefall.

“First of all, the current hard economic situation is a result of this conflict,” says Wudu. “When the government decided last December to devalue the country's currency, prices tripled.” He continues “People think with the return of Riek Machar the South Sudanese Pounds may gain weight and all these high prices of common and essential goods may reduce.”

Since South Sudan split from the Republic of Sudan in 2011, its economy is one of the world's weakest and most underdeveloped. Aid agencies warn that despite the peace deal, the world's youngest country is at the edge of a humanitarian disaster, caused by poor harvests and food shortages since the start of the war.

Last Friday at their first meeting of a new transitional government of national unity, the president Salva Kiir used the opportunity to ask foreign leaders for economic help but while Western leaders have praised South Sudan for this political milestone, they remain cautious—especially given the sensitive relationship between President Kiir and Vice President Machar.

“The war was vicious. We lost a lot of people in it, and we need to bring our people together so they can unite, reconcile, and heal the wounds," Machar told the media. "As long as there is political will, we can overcome all of these challenges.”

According to Wudu, “The return of Riek Machar is associated with restoring peace, not really because he is an able person who people think is the solution to the problem—people are desperate for peace despite other critical challenges.”

The two South Sudanese belligerent parties signed a peace agreement in August 2015 and Kiir re-appointed Machar as his deputy in February. The two sides have also agreed to share ministerial positions in the Transitional Government of National Unity, but some are still skeptical.

“There is no guarantee that this conflict will not begin again unless the leaders who are responsible for the current situation really change their mentality on how to lead this country” says Wudu.

The U.S. government warned this week that it will impose sanctions on South Sudan's leaders if they fail to cooperate in the new government.