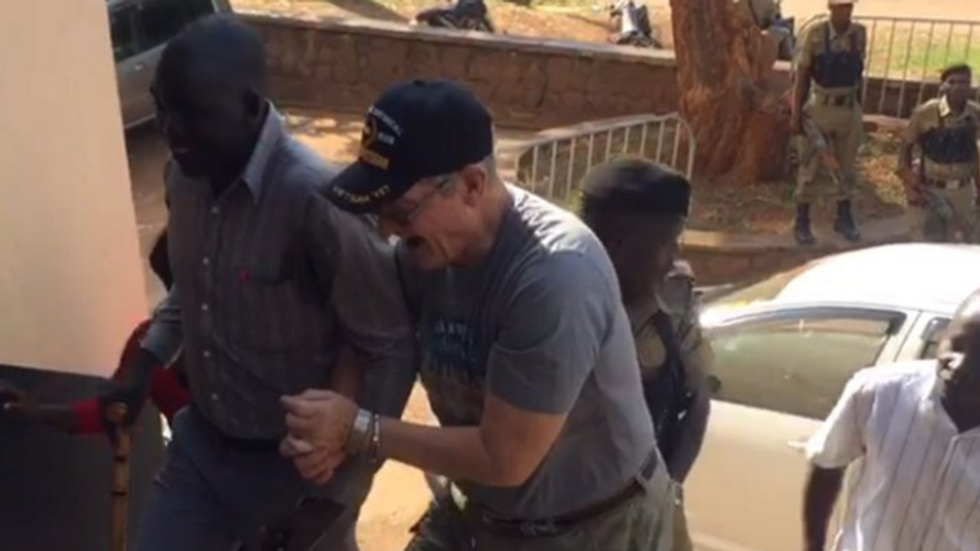 Yet another disturbing display of white nonsense caught on video.

A video showing, a white man physically attacking an employee and shouting racial slurs at a group of men at a Ugandan hotel is making the rounds on social media.

The video, which was taken at the Grand Imperial Hotel in Kampala, shows an American man by the name of Jimmy Taylor shouting shouting religious propaganda at a group of employees and punching one in the face repeatedly. "You hate Jesus, you hate yourself" he can be heard saying in the 4-minute clip before he demands that employees "obey" him.

His speech only gets more inflammatory as the video goes on.


The footage was shared by Kaka Junior on Facebook, a self-described "concerned citizen who felt it right to air out the plight of an oppressed employee." Junior tells OkayAfrica that he was sent the video by a friend who wished to protect his identity for fear of being fired.

The video has since gone viral with close to 3 million views on Facebook.

Taylor was arrested and is being charged with assault and malicious damage. "Thank you for your vigilance and sending us a video of an incident that happened at Grand Imperial Hotel," wrote Ugandan police in a statement. "We have arrested the suspect, Jimmy Taylor, an American citizen," the Uganda Police Force Twitter account wrote. "He was detained at the Central Police Station, Kampala on charges of assault. #CommunityPolicing"

When questioned, Taylor told police that he was a missionary and former US marine. According to the Kampala Post, he confessed to assaulting the employee (no mistake there), but blamed his actions on an illness that caused him to suffer from stress (racism is a disease after all).

A video shared shared on Twitter showed Taylor being taken to jail, where he belongs.