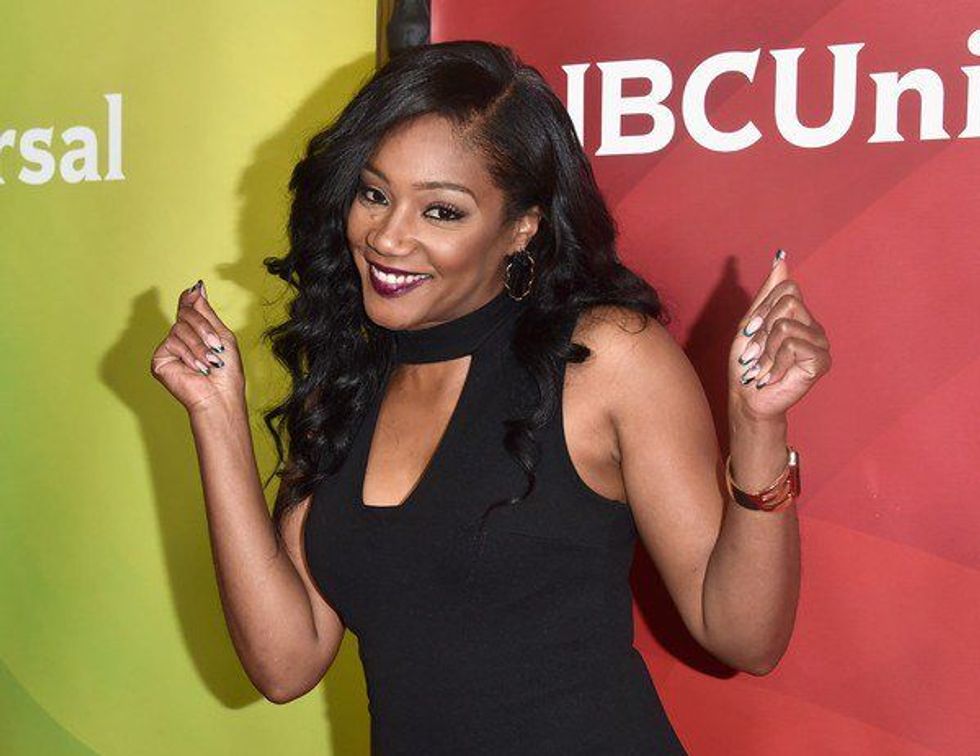 The star of "GirlsTrip" has been doing her thing for quite some time now—here are a few other roles that you might recognize her from.

DIASPORA—If you've been on the internet within the last 48 hours, then you've probably heard the name Tiffany Haddish. The actor, whose late father was Eritrean, is the breakout star of the box office hit Girls Trip.

Her hilarious interview with Jimmy Kimmelhad the internet buzzing last week, and she's already receiving rave reviews for her performance in Girls Trip. The film—also starring Jada Pinkett Smith, Regina Hall and Queen Latifah—had the biggest opening for a live-action comedy so far this year, largely, due to Haddish's impeccable comedic timing and stellar personality that carries the movie.

Following Girls Trip, she's sure to have us cackling again with her upcoming special on Showtime Tiffany Haddish: She Ready! From the Hood to Hollywood. She's also set to star in Jordan Peele's upcoming sitcom The Last O.G. alongside Tracy Morgan and Cedric the Entertainer.

The actor and comedian is certainly having a moment, and although the 37-year-old LA-native has just recently landed on most folks' radars, she's been making people laugh uncontrollably for quite some time now. Below, revisit some previous roles that you might recognize the rising star from.

Early on in her career, the comedian landed a spot on the televised stand-up competition Bill Bellamy's Who's Got Jokes in? in 2007.  Check her cracking some raunchy jokes below.

She also appeared on Def Comedy Jam back in 2008.

She had a recurring role on BET's Real Husbands of Hollywood alongside Kevin Hart in 2013 and on the short-lived sitcom The Carmichael Show. If you were a fan of the show, you probably recognize Haddish as Nekeisha, Bobby Carmichael's estranged wife.

The actress also made a string of guest appearances in shows like It's Always Sunny in Philadelphia, That's So Raven, and My Name is Earl.

She was a part of the 2012 comedy special, Snoop Dogg Presents: The Bad Girls of Comedy. Watch part of her set below, aptly called "My Body is Like An Expensive House."

She was also a regular on VH1's Hip Hop Squares. Watch her memorable "So Far Gone" challenge below.