Who Taught You to Hate Your African Accent? 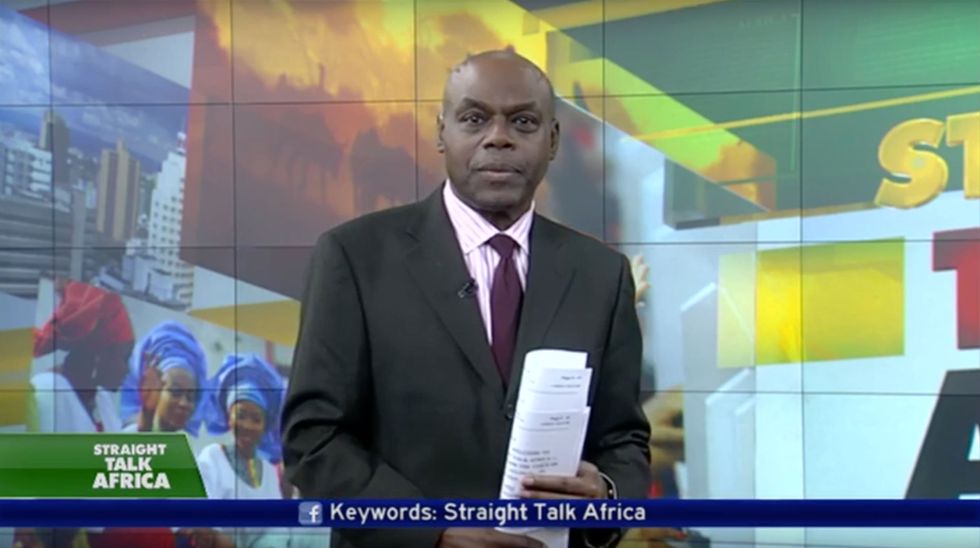 Accents tell our interlocutors who we are. They identify us as bearers of certain social identities.

Dr. Shaka Ssali has a thick Kigalia accent despite being in America for over 15 years. Ssali is the host of Straight Talk Africa, a weekly, live, international call-in talk sense show. Broadcasted from Washington, D.C., it is a program that is designed to empower the audience. Listeners can call in, give their telephone number then the operator calls them back and they ask a question live.

Watching Africa’s renowned journalist on Straight Talk Africa, I was captivated by how African the show was in all forms—including language. So far, compared to other programs dedicated to Africa which get me irritated, this was the real deal.

While I am not of the opinion that African shows must be presented in African English, I am however a campaigner for authenticity.

Authenticity being you speak with accents borne out of your pronunciation of words using some of the rules or sounds of another language. This is different from forced accents as is common in the broadcast industry in my part of the world.

My part of the world is Nigeria and some broadcasters take delight in getting me confused. I tune in to a station to hear discussions about Nigeria or Africa and the host makes me tune off mentally or with the remote.

A friend attributes the often feigned accent among some broadcasters to plain ignorance. His argument is why feign an American or British accent, when there really isn’t technically one. There is no American accent rather, we can say a Texan accent. Same goes for all other countries of the world.

Based on this, I disagreed with the article on Will Smith’s ability to feign a Nigerian accent in the movie Concussion. We do not have a Nigerian accent. For instance, we identify our Igbo neighbors by the high frequency of occurrence of /e/ for <er, ear, ir, yr> in their pronunciation of certain English words; same goes for every other ethnic group.

This prompts the question, what accents are Nigerian broadcasters imitating?

Correct me if I am wrong, but I suppose the duty of a broadcaster is to disseminate information to the public. Assuming I am correct, for broadcasters to achieve this aim, we the listeners should be able to understand them. Therefore, proper pronunciation should be critical.

Nonetheless, half of the time maybe even more, the aim of passing information to the public is not achieved because someone spent so much time exorcising their dialect demons.

"Who taught You To Hate Yourself?" —Malcolm X.

It is hard not to introduce the colonial mentality argument in analyzing accents in broadcast media. This mentality is probably hinged on the assumed superiority of anything foreign, accents, skin color and all.

Tying sophistication to how foreign you sound is ridiculous. While sounding foreign may get you into certain spaces, it will never open the doors of VOA, BBC and the like. Those media outfits can spot a fraud a mile off. While some people may rightly argue that English is un-African, and consequently a colonial heritage, my argument is if you have to speak English, embrace your flavors and be understandable.

Can you be more Catholic than the pope?

An article titled, "The Influence of Mother Tongue in the Broadcasting Industry in Nigeria," published in the International Journal of Language, Literature and Gender Studies, explains that since the English language has been with us for so many years, it is bound to acquire the characteristics of the Nigerian environment. Therefore, it is neither possible nor necessary for any Nigerian bilingual (speaking his mother tongue and English) to speak English like a British national.

Have a look at the cross section of leading African journalists—ever heard them sounding funny? I mean if I was a president and had to crack my brain to understand what the interviewer is saying, I would opt for one that has the simple sense to be understandable.

As much as I am not a huge fan of Nigerian music, I can say one thing for them: they embrace their localness—it is what sells. Many Nigerians identify with Wazobia FM because they understand the presenters.

Dear Nigerian journalists, I grew up listening to radio and watching television where Funke Treasure Durodola and Cyril Stober spoke good, understandable English. Christine Amanpour has a mix of accents—Iranian and British—and Sheena Bhan does not hide her Indian heritage.

As I write this, Focus on Africa is airing on BBC with Sophie Ikenye and I remember her comment on accents: “The fact that I present an African focused programme requires authenticity, which means it would have been so pretentious if I tried to change my accent.”