Why Harassing Powerful Black Women Is Fair Game In France 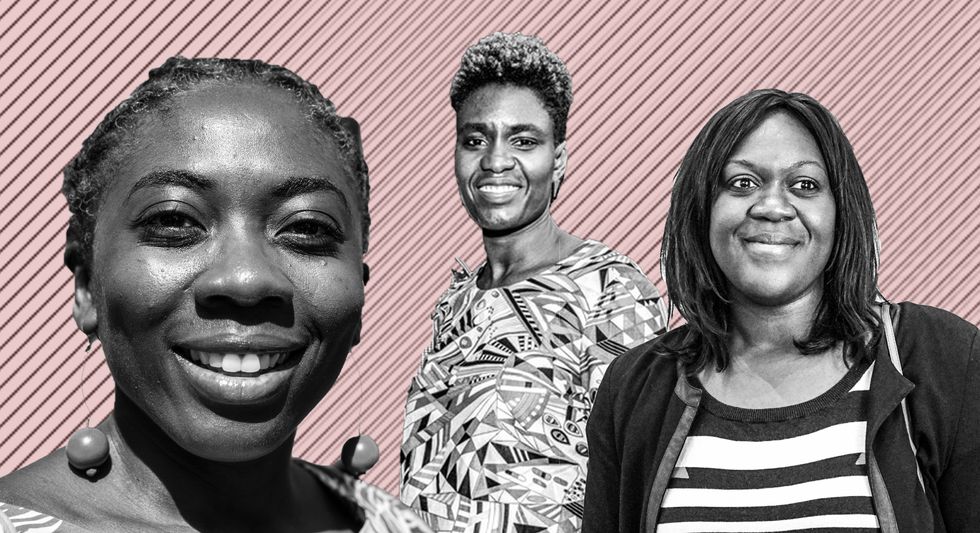 Why are the French so scared of black women exerting their political power?

The smell of misogynoir is strong in France.

On February 28th, Laetitia Avia, a French congresswomen for the ruling centre right party La République En Marche, received another racist letter, calling her "a big fat black pig who is meddling in France's business." She published the letter on Twitter and pressed charges.

Another Congresswoman, Danielle Obono, is racially harassed on a regular basis. Once, she wore a headwrap while addressing congress. Another time she refused to pronounce the words "Long Live France" on national TV (something white politicians are almost never ask to do). Everytime she dares speak up, she triggers a wave of racial abuse and insults from members of congress and the general public, insulting her intelligence and calling her a racist ("Reverse racism" is very strong belief in France). It had gotten so bad that journalists like Hamidou Anne had to publicly defend her. Meanwhile, many in her left-wing party remain quiet or insist that her views do not represent them.

During a heated debate on TV, about whether or not a young French singer should wear the hijab, French activist and journalist Rokhaya Diallo, has been called by a politician "French by virtue of her passport." In other words, she may be "technically French," but she'll never be a true, native French woman.

Since the beginning of her career, Diallo has been harassed, insulted and threatened by her peers, politicians and the general public alike. Last year, she had been invited to be a member of a French advisory council to promote digital media among the public. But the newly formed French government asked her to resign due to her anti racist activism. The head of the agency refused to back down and stepped down. Rokhaya and every single member of the agency decided to resign in solidarity.

Ironically, by basically firing her, the French government confirmed that not only it is the gatekeeper of institutional racism, but even more so adamant in maintaining the status quo: i.e. that no one shouldn't mention race. Diallo, Obono and Avia are harassed in their daily life as well as on social media, mostly on Twitter and Facebook.

It's not just a French issue, either. In the UK, Diane Abbott has had racist and sexist abuse thrown at her since she was elected to Parliament more than 30 years ago. In the US, black congresswomen like Maxine Waters and and Wisconsin Rep. Gwen Moore are also harrassed on a regular basis.

Misogynoir is a term coined by Moya Bailey, a queer black feminist activist. It describes the intersection in which black women find themselves, being the recipient of both racism and sexism. In other words, what they face in many given situations, is a complex violence committed by everyone: white people, non black people of colour, black men and even fellow black women who have internalized misogynoir.

Does France love Black women? Yes, when they fit their racial ideas of the savage black women, ready to fulfill their sexual fantasies. Yes, when black women work in low-waged jobs that are seen as beneath what most would tolerate. Black women are liked when they're nannies, walking around wealthy children in the 8th or 17th arrondissement in Paris. Or when they are cleaning ladies, usually appearing in offices at night when everyone has left, or early in the morning, taking the first metro at 5:45 am.

These are the roles black women are stuck in, roles that are palatable to French racism and in which they are both highly visible and invisible. But as soon as they dare behaving like human beings and step out of the place they have been assigned by society, they are seen as a "menace" and as "angry, aggressive" racist stereotypes that follow them regardless of whether or not they act in a threatening way.

"Because they're black and in power, they represent a slap in the face to white supremacy."

It's not a surprise that women like Diallo, Obono and Avia—highly visible and powerful women—are the target of such heinous acts. As black people, they are expected to be thankful that France has taken them under their care and allow them to stay there and thrive, to have successful careers. They are literally asked to scream "long live the republic" and remain quiet when racism and sexism show their ugly faces.

France, in many ways, still behaves like a colonizer in its treatment of citizens of colour, so when women like these remind the elites and the government that the country is not only problematic, but still refuses to have a conversation about race, it is seen as an attack on the status quo. They dare to be unapologetic about institutional racism, about racism and sexism. And because they're black and in power, they represent a slap in the face to white supremacy. Whether or not, as a whole, black French people will possibly gain power by successfully integrating and changing French institutional racism, or by self organizing and building stronger communities, it is important to stand by the women leading the fight.

So far, they have taken the matter to court. Laetitia Avia has launched the hashtag #nerienlaisserpasser (#totoleratenothing) to bring light to racism and sexism in politics and in the media. The French president has recently asked her to take part in a new committee in charge of regulating cyber racism and antisemitism. The irony shouldn't be lost that had the agency been created a few months ago, it would most likely not have defended people like Rokhaya Diallo, who has been a victim of cyber harassment due to the actions of the government. Time will tell if the agency will be able to fulfill its mission.

The nature of white supremacy is to be afraid of powerful black women and the change they will bring. But, once and for all, black women are not at the bottom of society and an attack on them is an attack on all of us.