Why Nigeria and the US Are Both Corrupt: Seun Kuti Explains 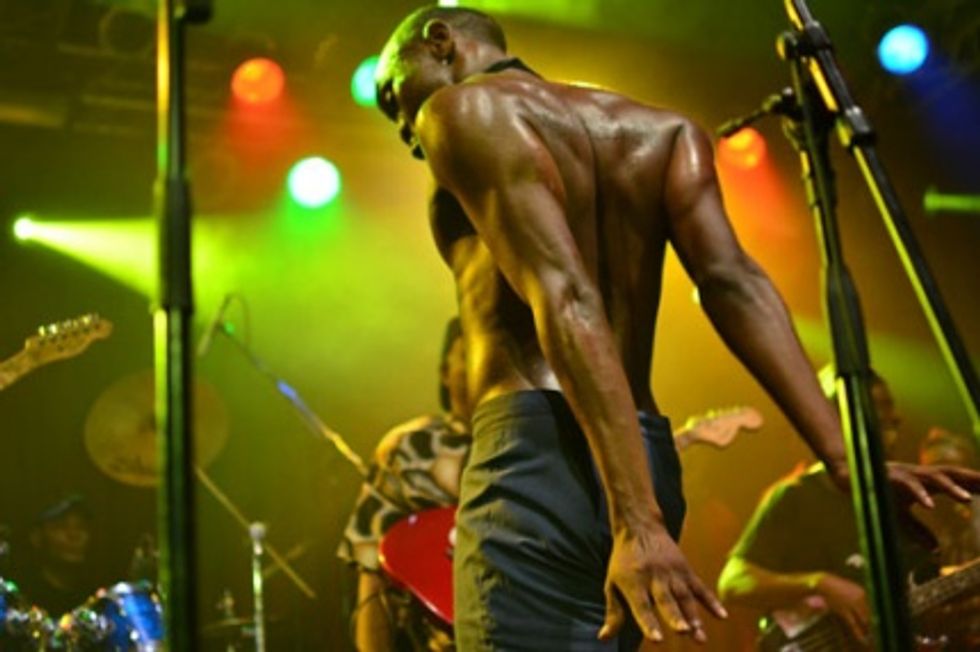 While the Fela Kuti musical is in its last weeks on Broadway (BTW, you're NUTS if you haven't gone to see it. Use this discount code at checkout for srsly cheap tix: FEKNF77), his son Seun Kuti, currently on tour, takes up his father's political charge. Watch above (and see below) as Seun points out how Nigeria's rulers and our Wall Street-influenced government are not too dissimilar.

They control us with poverty and hunger. That is African control. If you don't have money in your pocket and you're hungry, you have to take some shit from your boss so you do not die. But here in the West they control you with something known as debt...So they give you this credit so you think you got some shit, and you go into the world and you spend this shit, then you realize - you ain't got to shit man! So you got to take some shit from your boss to pay your credit! Same thing, different packaging.

And Baba Ani, who played with Fela from 1965 until his death in 1997 with Egypt 80 and who now plays with Seun, brings the point home: "Whether in Africa or Europe or America, the people should rise up to demands our rights. They should know the rulers for what they are."