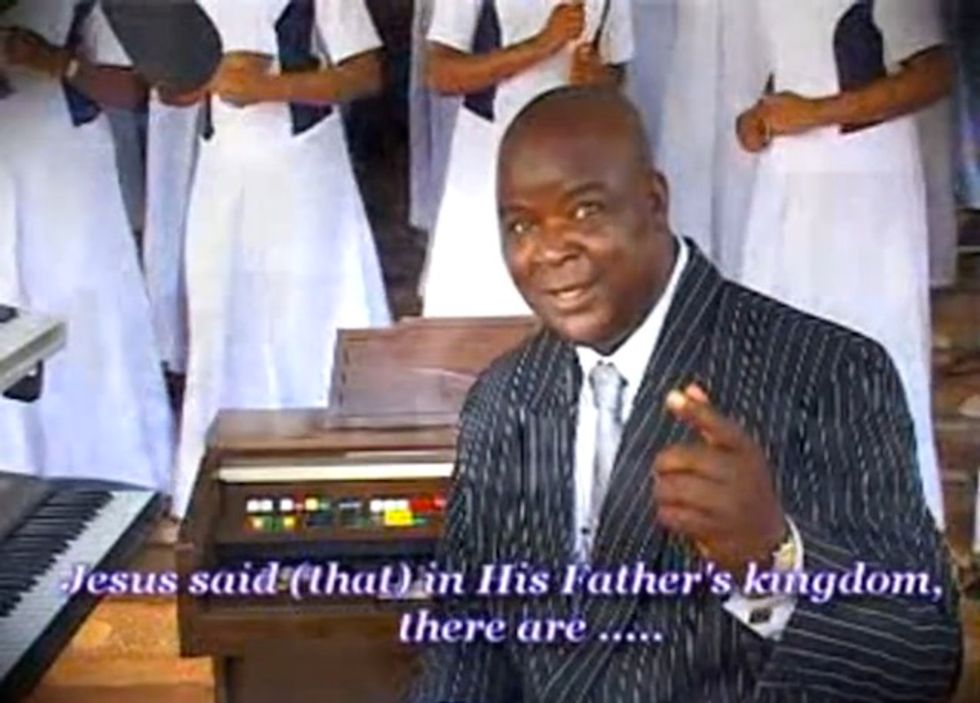 Watch the unearthed video for "Many Mansions," the first new music from Nigerian synth-funk mystery man William Onyeabor in over 30 years.

Despite his records getting noteworthy re-releases on Luaka Bop in recent years, there's been no new music heard from 1970s Nigerian synth-funk mystery man William Onyeabor in over thirty years. That is until earlier this month, when a never-before-seen video & song for the religious single "Many Mansions" surfaced on Divine Praise, a Nigerian gospel music youtube channel. That original clip was taken down but, as a site reader tipped us off in a message this week, it's been uploaded again directly from a Nigerian DVD rip. The video for "Many Mansions" is a heavily evangelical affair that features Onyeabor himself leading a gospel choir & singing, bible in hand, about his faith. Watch it below and revisit William Onyeabor's catalog with Luaka Bop's complete 1978-1985 discography.