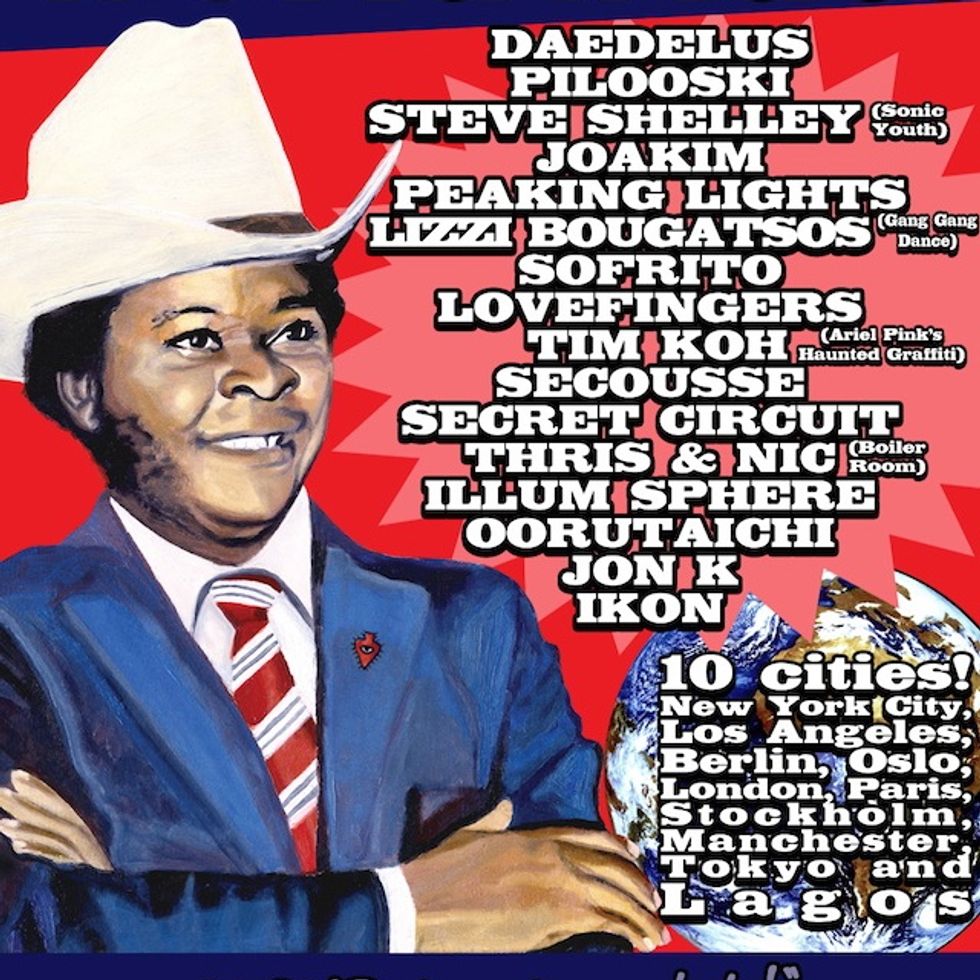 We've teamed up with our friends Luaka Bop and the now legendary Smooth and Good Club in presenting 'William Onyeabor Week! ' worldwide. Beginning Thursday, October 24th, appreciation for the music of Nigeria's electro-funk originator William Onyeabor will circle the globe. The result will be a ten-city circuit, with almost twenty parties and nearly 50 artists involved in celebrating the release of Onyeabor's music — a five year undertaking, 30 years after its original release in Nigeria.

Among those celebrating the music of our favorite mystery-man are Nigerian producer IKON, Sonic Youth's very own Steve Shelley, Japanese experimental artist Oorutaichi, Daedelus, Mathieu Schreyer, Auntie Flo, members of Gang Gang Dance & Ariel Pink's Haunted Graffiti and many more (full list of artists detailed below). Dub-pop-psych duo Peaking Lights, who will be joining us in Los Angeles, eloquently summed up the three weeks of smooth and good times to come:

"William Onyeabor's music is like riding on a wave of smooth jelly and swimming in a sweet sea of funky delights! There is something about it you can't shake because its already grabbed a hold of you and is making your ass shake - you gotta move, you gotta groove and you just feel it with your 'body and soul'. Come celebrate with us and see for yourself."

Check out the dates below and support William Onyeabor by pre-ordering the album as well as t-shirts, posters, + more over at the OKP shop. Stay tuned for more Onyeabor goodness on OKA throughout the festivities.

HEAD TO FACEBOOK FOR DETAILS ON EACH CITY'S PARTY.

>>>RSVP HERE FOR ONE OF THE FOLLOWING WORLDWIDE DATES

With; Illum Sphere, Jon K in collaboration with Hoya Hoya