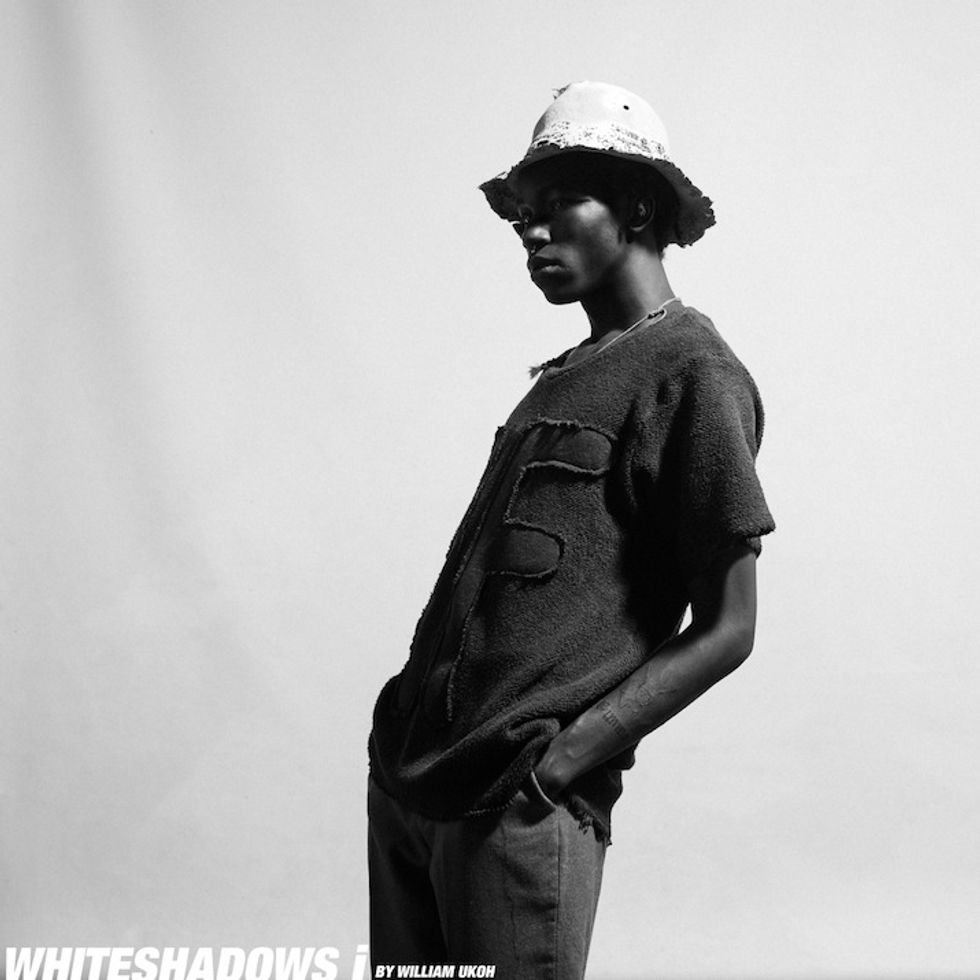 In one of his latest series, Nigerian photographer William Ukoh takes a detour from his usual fashion pieces and explores cultural appropriation in Whiteshadows. Based in Toronto, Ukoh was influenced by his mother's art collections and began drawing before settling on photography as his main medium. We've previously seen his work with several fashion outlets including fellow Canadian-based designer Andrea Iyamah in her Spring/Summer 2014 lookbook.

Using mostly black-and-white images, the self-taught photographer captures male model Stone Rulier in an arrangement of angular and wiry poses. Ukoh also recently completed a project called Something to Do, a series of vibrant photographs capturing the entrepreneurial spirit of street vendors and traders in Lagos, Nigeria. View his Whiteshadows collection in the gallery above. Find out more about Ukoh's work in his extended interview with Yagazie Emezi and follow him on Tumblr, Instagram, and Facebook.