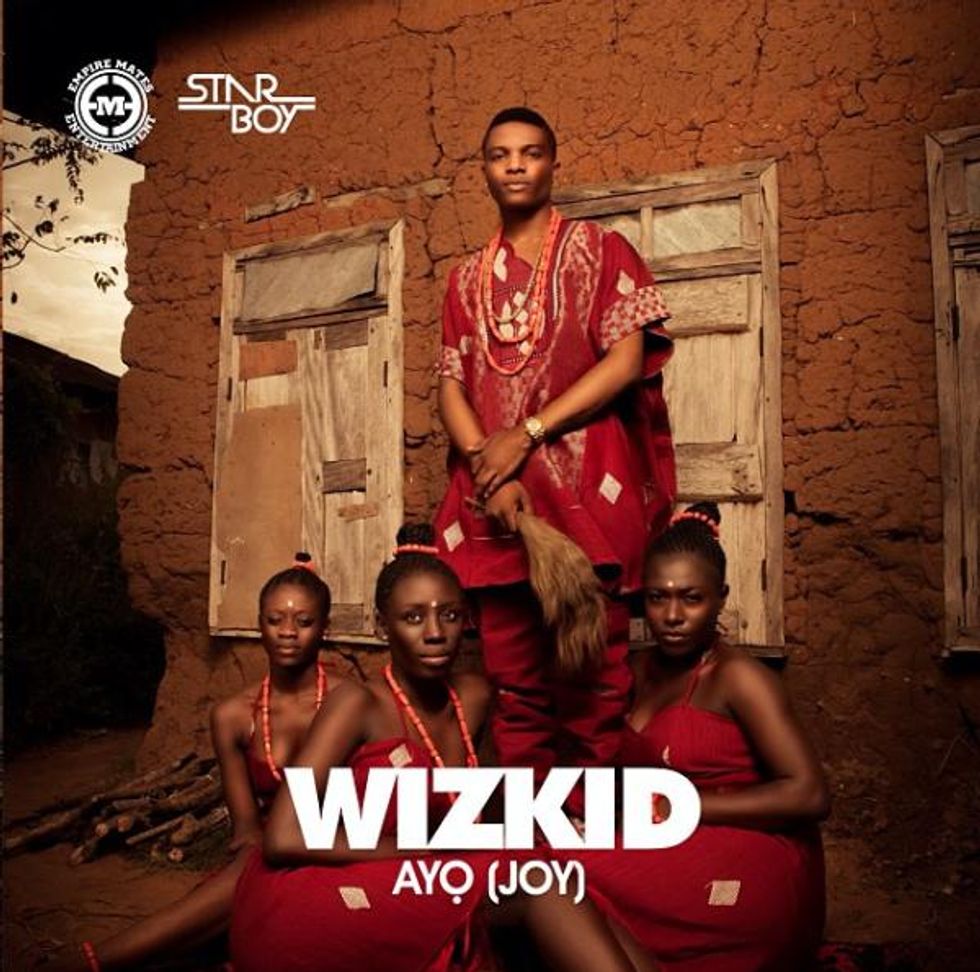 All year we've wondered when Wizkid is going to deliver on a follow-up to his debut album Superstar. After coming through in 2013 with one of our favorite songs of the year on "Jaiye Jaiye" featuring Femi Kuti, Wizzy hit strong in the new year  with a string of one-off hits, including ''Show You the Money,'' "Joy," "Bombay," and "On Top Your Matter." Suddenly though, two Saturdays ago we awoke to discover Wizkid had taken to Instagram to unveil everything we've been dying to know– the title, cover, and full track list for his sophomore album. The 19-track AYO (Yoruba for "joy," and also short for Wizkid's birth name Ayodeji) features an all-star cast of collaborators, including Femi Kuti, Banky W, Phyno and US rappers Wale and Tyga. Earlier this week Wizkid surprised us with a seven-day countdown to AYO. Thankfully, the Nigerian pop prince surprised us with an even earlier release, hitting us last night with the official drop of his new album. In less than 24 hours AYO skyrocketed to number one the iTunes "World Music" charts (P-Square are #4 at the moment with Double Trouble).

But even before delivering on a new album, Wizkid had another trick up his sleeve this week with fellow Starboys Legendury Beatz. Following up on the momentum from their recent "OJÉ" song, the producer siblings released a new track with Wizkid on Tuesday called "Oh Baby." Over dancehall drums and synth, Wizzy’s high-pitched rhymes fare well with the slower sultry vocals of Ghanaian songstress Efya. Listen to "Oh Baby" and "OJÉ" below. You can find more uptempo work from the prolific duo on Wizkid's new album, including on "Dutty Whyne," "Omalicha," and "Ojuelegba." AYO is now available on iTunes.