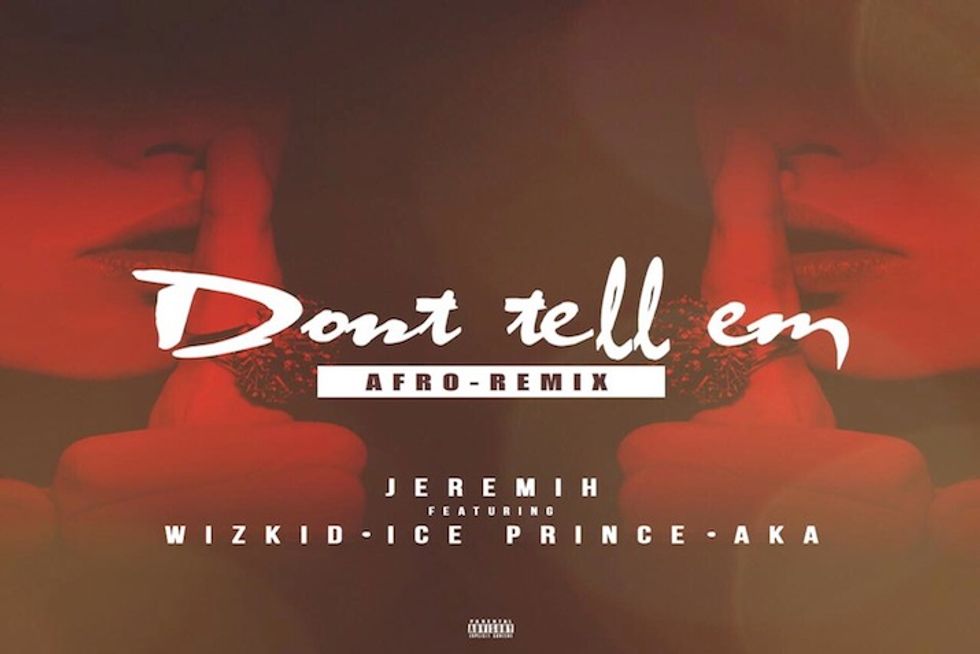 Wizkid, Ice Prince, and AKA hop on one of the biggest club songs this year, "Don't Tell Em" by Jeremih.

Here's a track to kick the weekend off right. Starboy Wizkid, Ice Prince Zamani and South African spitter AKA, three of Africa's heavyweight rappers, hop on Jeremih's massive hit song “Don’t Tell ‘Em” for this "Afro-Remix." The Chicago crooner released the chart-topping "Don't Tell Em" earlier this year in preparation for his upcoming album Late Nights and Wizkid, Ice Prince, & AKA team up to give the club and radio anthem another spin. Riding the current DJ Mustard-wave (alongside co-producer Mike Schultz) the “Don’t Tell Em” remix keeps much of Jeremih's original with Wizkid adding his smooth, near-reggae bars before Ice Prince and AKA each go in over the track's hyphy drums and house chords. As if to see who can trump who, the trio's verses mainly hover around their rendezvous habits. Listen to "Don't Tell 'Em (Afro-Remix)" below.