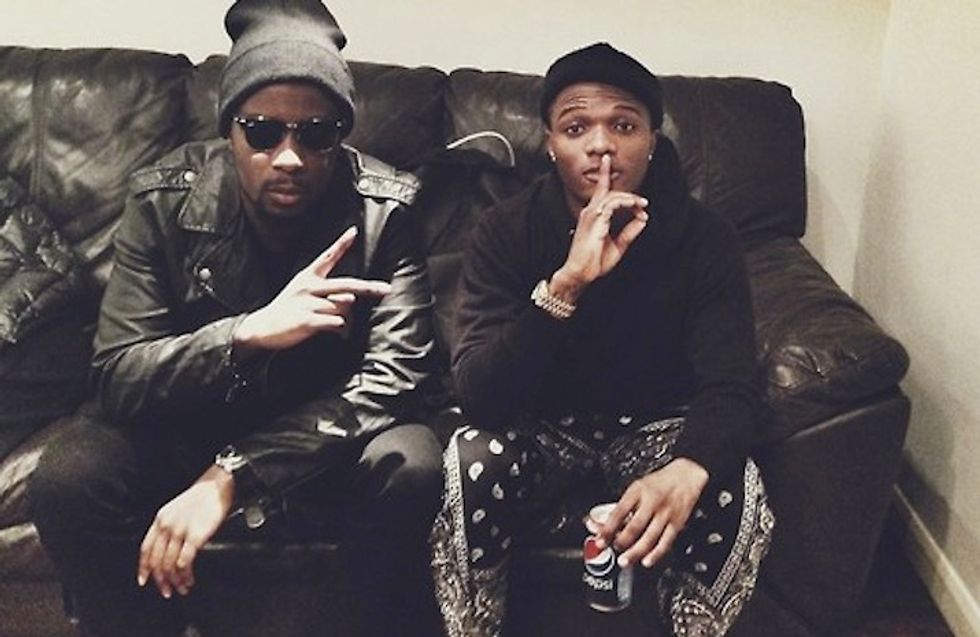 Naija’s pretty boy bossman Wizkid has been on his grind promoting his recently launched imprint StarBoy Entertainment. Last we heard from the Starboy camp, members L.A.X, Wizzy and Legendury Beatz joined forces for the fiery dance-floor hit “Ginger.” Now, the young imprint is out with another offering, this time headed by South London-bred producerMaleek Berry who teamed up with the man-in-charge Wizkid for his ego-trip "Feel Me." The dynamic duo have seen some success in the past with collaborations on hits like Wizkid’s “Lagos To Soweto” and Berry’s viral video sensation “The Matter.” Their latest pairing sees Wizkid layering his poppy vocals over some twisted dancehall-esque beats from Berry. Though the track, which was actually recorded over a year ago, was released under some sketchy circumstances (an un-mastered version was leaked earlier this week pressuring Berry to release a more polished version), “Feel Me” does its job in exciting listeners for the release of the beatmaker’s official single, which he announced on twitter will be out soon. Listen to the track below.