Wizkid Has a New Single With Drake 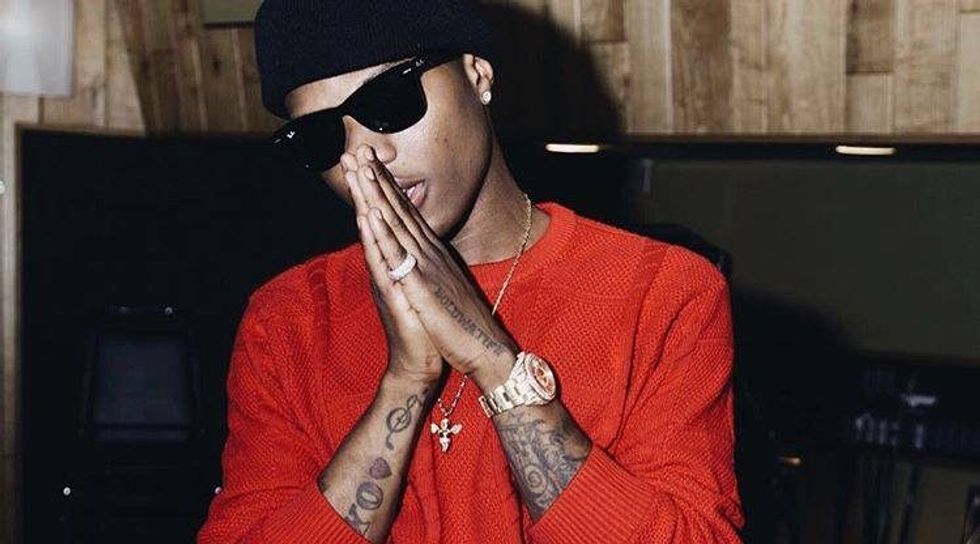 Wizkid announces that he's got a new song collaboration with Drake.

Wizkid's got something in the works with Drake.

The Nigerian Starboy tweeted that him and the 6 God's new project is about to shut everybody down.

Sources close to the artists are saying that the collaboration he's referring to will be a new track from the two stars, NotJustOk reports.

It's rumored to be the first single from Wizkid's upcoming new album.

As you know, Wizkid recently signed a record breaking deal with Sony Music/RCA, reportedly the biggest deal ever signed by an African artist.

The Nigerian star also teased collaborations with Alicia Keys and Sean Paula few months ago. He more recently got into a light squabble over The Weeknd using "Starboy" as the name of his album and single.

Now, we all know what Wizkid and Drake can do when they collaborate. If this new track has anything close to the impact of "One Dance," we're definitely in for another massive hit.

Keep your eyes peeled for this one.