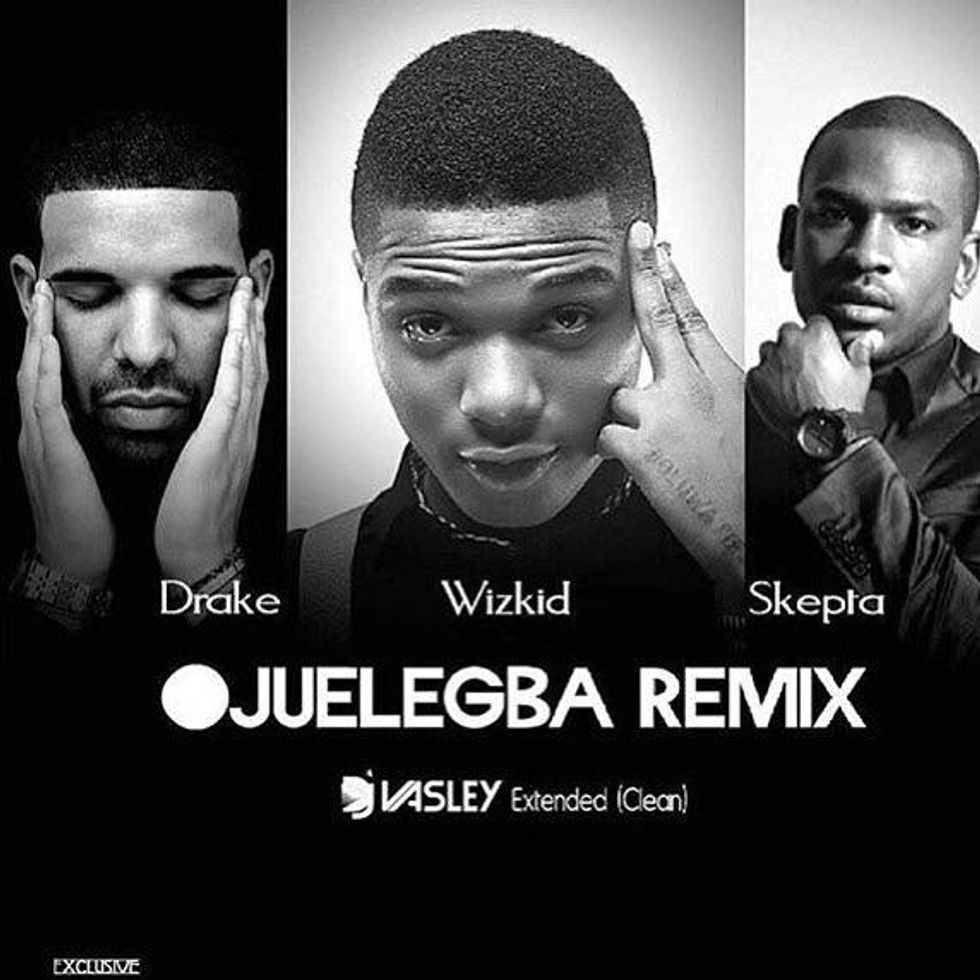 Drake and his Canadian squad's OVO Sound Radio made its debut on Beats 1 on Apple Music earlier tonight. The two-hour program started off with a set by Drake's co-manager, Oliver El-Khatib. In a surprise turn of events the OVO Sound co-founder dropped a remix of Wizkid's Legendury Beatz-produced, feel-good anthem "Ojuelegba" featuring none other than Drake and British-born grime rapper Skepta, who reflects on his own Nigerian background with his verse. According to NotJustOK, "Skepta played this track for Drake while he was out in the UK for the Wireless festival and Drake decided to lay his verse on it." The song, a standout off the Naija Starboy's 2014 album Ayo, was previously remixed by Sarkodie back in March. Listen to Wizkid's "Ojuelegba Remix" featuring Drake and Skepta along with the full first episode of OVO Sound Radio below. In related news, Wizzy's birthday is coming up this week (July 16th). In the lead-up, revisit our list of the Top 10 Wizkid Songs.

Update 7/15: Hear the official version of the "Ojuelegba" remix below, which Skepta just uploaded on his souncloud. That's the official single art above as well.

When drake jumps on ur record! big up my man @skeptagram love brother! Africa to the world! @champagnepapi love!