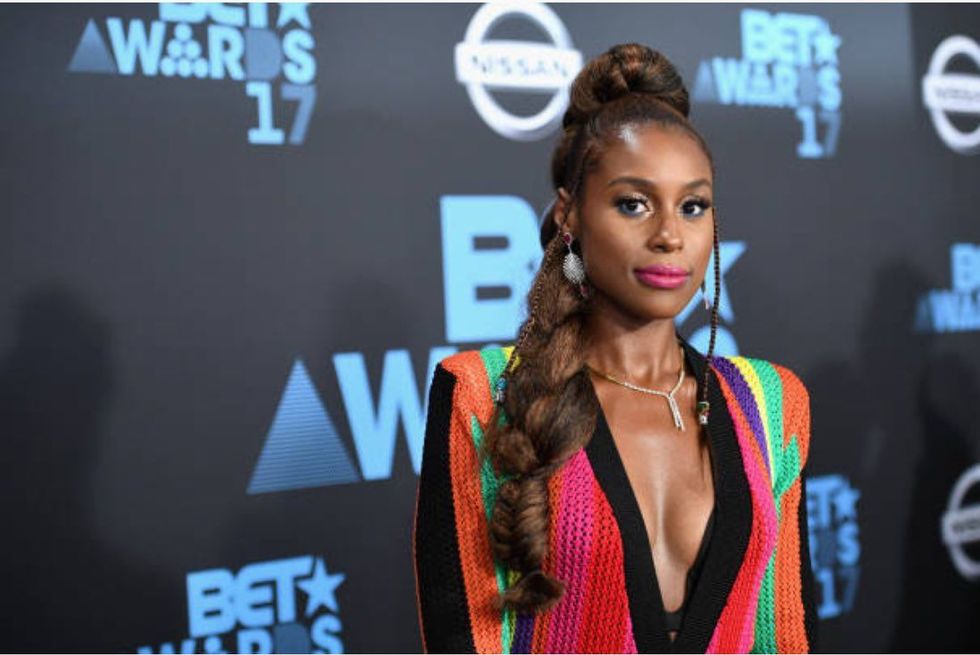 From Issa Rae's "awkward black girl moment" to Solange's acceptance speech, here are the highlights from this year's BET Awards.

DIASPORA—The 2017 BET Awards went down last night in Los Angeles and it was a rather eventful night to say the least.

Nonetheless, some of our favorite African celebs were in attendance. Some as presenters, others as performers and some were just there being black and beautiful.

As with any award show, the 2017 BET Awards offered a healthy does of awkward mixups, humor, technical difficulties, and also top-notch entertainment.

Below are some highlights from this year's award show.

Our favorite showrunner, Issa Rae had quite the "awkward black girl" moment when MC Lyte mistakenly introduced her as Black-ish star, Yara Shahidi. I guess things come full circle? There was nothing awkward about how fly Rae's looked in her outfit though!

French Montana enlisted The Ghetto Kids for an "Unforgettable" performance of his hit song with Swae Lee. It was great seeing the Ugandan dance crew on stage with the two rappers, but the overall performance did have a few questionable moments. Insecure star Yvonne Orji summed things up nicely with this tweet:

You can watch the performance for yourself here:

Ghanaian actor Kofi Siriboe showed up looking like this:

Princess Vitarah and comedian Michael Blackson were also in attendance.

Ayye met @MichaelBlackson and he so nice and funny. He told me he loves my music and to keep going 🔥 pic.twitter.com/USwb1vlLpX

OkayAfrica favorite, Solange won the Centric Award, and her acceptance speech was just as gracious as you'd expect.

Mahershala Ali won Best Actor for his seminal role in Moonlight and Beyoncé, of course,  lead the pack with seven wins.
Congrats to all the winners!
Popular
Music
south african hip-hop